Matthew 25:1-13 tells the parable of the ten virgins. The story details how ten virgins were waiting for the bridegroom. Five of them were prepared to stick it out until the groom showed up, bringing extra oil to keep their lamps lit throughout the dark night. The other five didn’t come prepared. They brought their lamps, but no oil. When the groom didn’t show as early as they expected, they all fell asleep. 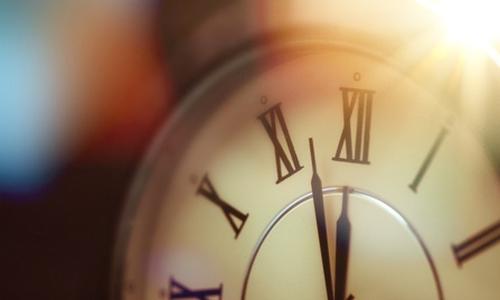 When the groom arrived at midnight unexpectedly, the ones who were prepared lit their lamps so the groom could see them. These were invited into the wedding banquet, but the unprepared were left outside, alone and in the dark. The moral of the story is to be prepared in case the Lord delays and doesn’t show up until midnight. My friends, midnight is coming.

Jesus said no one would know the hour He returns (Matthew 24:36). It’s been two-thousand years since He left this earth, but He will return. The key for us is to be prepared. We can’t hope or expect to get ready once He arrives on the scene. As the above parable demonstrates, it will be too late. A last-minute scramble isn’t going to work here. If we aren’t prepared, we will pay the price. The message of the parable is clear. If we are not prepared for the arrival of Jesus, we will be shut out from His Kingdom. We will be destined to spend our lives alone, in the dark, and away from His presence. This should scare those who don’t know Jesus and break the hearts of those who do.

How do we prepare for the coming of Jesus? By becoming true disciples now. According to Scripture, disciples pray and listen to God, they study His Word, and they do what He says. Put simply, disciples of Jesus look like Jesus. If we are spending regular time in prayer and study of His Word, and are obedient to what we learn, our lives will look like His. That’s how we make certain we have enough oil to last until He returns.

If Jesus is alive inside us, we will shine with His love. It’s not something we can control. A life spent in God’s presence changes us. It makes us shine (Exodus 34:29-30; 2 Corinthians 4:6). Being obedient keeps the light burning within. If we turn our backs on Christ, sin creeps in and darkens our lamps. It’s why it’s so important to understand salvation depends on God’s grace to pay a debt we never could, and on our response to His gift. If we don’t stay immersed in His presence, His Word, and His will, our light will dim and we may be caught unprepared when He returns.

Midnight is coming. Will you be prepared? Is the life you are now living going to shine bright enough so He sees you when He comes? You do not want to be shut out of the feast. There is no late entry. There are no second chances. We’ve got to put Jesus in the proper place of our lives now so we can begin preparing for His return. Pray and listen to Him; spend time in His presence. Study His Word every day to get to know Him better. Above all, obey Him without hesitation and without fail. We must prepare ourselves. Midnight is coming.