I listen to a lot of sermons from various churches across the country. This helps me stay focused on the mission of Christ and at the same time receive input and encouragement from a variety of Godly people. Recently I was struck by two messages I heard back to back, as they were absolutely diametrically opposed. I will withhold the names of the pastor’s and churches as focusing on any single congregation would miss the point. 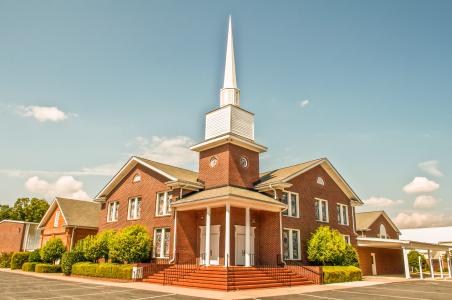 In the first sermon, I heard an impassioned plea for the people to give sacrificially so they could build a new children’s wing onto their church. In sharp contrast to this was the second sermon in which I heard the pastor contemplate putting a “for sale” sign outside of their church so they might give the money to the poor throughout the world.

These churches are of similar size, large “megachurches” with 4,000-5,000 people in attendance each week. Church A, who wanted to build the children’s wing, disclosed that they had about $5 million dollars of debt, but that they wanted to raise $3.5 million dollars to build the children’s wing before beginning to address the debt. Church B, the one pondering the sale of their building, did not disclose whether or not they had debt in this particular message, but they did rejoice in the fact that they had been able to cut expenses over the last year and between that and the giving of the people were able to send $9 million dollars worth of aid to those in impoverished nations.

Which one of these two churches do you think more accurately reflects the mission of Christ? In one of His last commandments given to the disciples, Jesus said to go to the entire world proclaiming His message (Matthew 28:18-20). In Matthew 25:31-46, Jesus told His followers that if they would follow Him, they should feed the hungry, give water to the thirsty, care for the sick, visit those in prison, shelter the homeless and clothe those in need. This is the mission of Christ, the calling given to each of us. As believers in Him, these are the things we should be doing.

For church A, I understand part of the reasoning for wanting to build more space for their children’s ministry is so they can disciple young men and women for Christ. Their thinking is that these can then go out and tell others about the love of God. This is a valid aim, and I applaud their efforts to raise up a new generation of believers who will boldly live out the commission of Christ. There are, however, churches across our planet who have no building at all and are raising up young people to be sincere followers of Christ and leaders in both their fellowship and their communities. A building is not required to teach a child about the love of Jesus. My heart aches when I consider all of the resources with which we have been entrusted being spent to enrich ourselves rather than to reach out to others in need.

As for church B and their willingness to give, I am moved and encouraged by their spirit of generosity. I don’t know if they would actually sell their building or not, but I love their heart and their willingness to serve. They get that the mission is about lifting others out of their poverty and need in the name of Jesus and not about building bigger buildings or creating yet another program to cater to those who already know Christ. They have given, and continue to give, in a manner consistent with the teachings and character of Jesus.

What if every church decided that their entire focus would be on spreading the gospel of Christ throughout the entire world? What if we spent the money earmarked for building projects and program expansion to instead feed and clothe those nearby and far away? With all the resources at our disposal, there is no excuse for anyone to not be cared for in the name of Jesus. The mission is not ambiguous; it has simply become clouded by dangerous tradition and selfish indulgence. My prayer is that we as a body become far less concerned with constructing buildings and be consumed instead with a zeal for building the church. May our hearts break for those without Christ so that we put all our resources into completing the mission that Jesus gave us to do; let’s build the church, not another building.