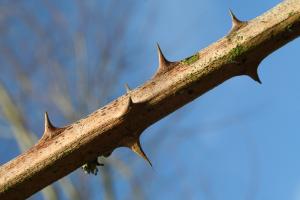 I recently heard Francis Chan recounting his experience during a trip to China. Chan took his 15 year old daughter to a meeting of Christians to allow her to experience firsthand what it was like to worship Christ in a country where it is illegal to do so. He himself was to speak to the gathered believers about standing strong in the face of persecution. Rather than encountering a somber, sober group as he had expected, Chan found the assembly to more resemble a fellowship dinner as the people were joyful and happy to be in each other’s presence.

As he began to speak that evening, Pastor Chan said he felt like a fish out of water as he marveled at the spirit of these people. Finally he stopped teaching and simply asked them to share some off their experiences of persecution. The people seemed confused that he thought persecution was an unusual event since the Bible clearly teaches that we will all face persecution for following Christ. When Chan asked them to specifically detail their most recent story of persecution, they did so with laughter and excitement. Then they turned the tables on Chan and asked him to tell them of the persecutions that the American church was facing.

Chan was brutally honest with them; he explained that things were quite different where he lived. Churches meet on nearly every corner, and people leave a particular church for another if the music is too loud or the preaching is too long or the content not to their liking. People actually choose churches based on the quality of their childcare. In fact, attendance numbers ebb and flow depending on the weather be it too hot or perhaps too cold. The Chinese believers laughed at Chan, assuming he was joking with them. After finally convincing them that he was – sadly – quite serious, one of the believers stood up shaking his Bible and asked Francis, “How did they get that from this?” In other words, how did we as Western Christians get our version of Christianity from a Bible that paints such a different picture? Chan could only respond that it was a fair question.

So how did we get our concept of Christianity from the pages of Scripture that tell us to expect trials, sufferings and persecutions? How did we come to assume that God wants us to be wealthy and comfortable when His word teaches us to be humble servants who would give all we have to feed and clothe those in need around us? How did we come to believe that saying a three or four line prayer would secure our passage into Heaven without ever making any further effort to carry out His mission on earth? How in the world did we get all that from the Holy Word of God?

It is truly a fair question and one that we desperately need to ask. Somewhere we got off track – way off track. At some point following Jesus became more about us and less about Him. We can never follow Jesus when our eyes are on ourselves. As long as we are content to pursue our own safety in comfort, we will never understand what it truly means to follow Christ. So I want to leave you with two questions: How does the version of Christianity you are living compare to that found in the Bible? How did you get that from there? Fair questions indeed.