I have become convinced we spend our days either building the Kingdom of God or tearing it down. I don’t believe there is anything in between. There is no gray area in Kingdom work. Our lives are being spent either building the Kingdom or destroying it. Maybe that seems a little harsh. It definitely is not a comfortable thought. We’re aware of when we are doing Kingdom work. 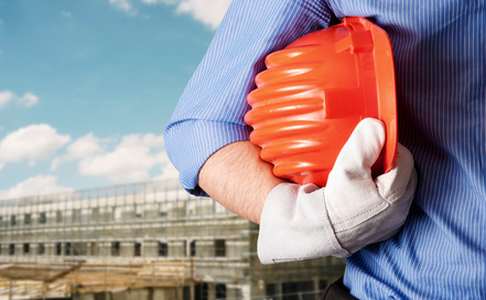 It feels good and we know we’re fulfilling our purpose and doing the work we were created to do. Most of us also recognize the time we spend building the Kingdom makes up a very small portion of our lives. If you’ve never given it much thought, reflect on the past week and try to quantify how much time you spent building the Kingdom of God. Warning: this is a depressing exercise.

What about all those other hours in your life, the time you can’t identify as engaging in Kingdom building work? How do we categorize that time? Surely there are neutral activities we engage in that are neither Kingdom building nor Kingdom destroying? I don’t think that’s true. What about the hours you spent in front of a television or computer screen? If you weren’t building the Kingdom doing those things, what were you doing? We have been entrusted with time to steward it in such a way as to build the Kingdom with Christ. Every hour wasted is an hour missing from Kingdom construction; it’s an hour not spent demonstrating the love of Jesus and being His hands and feet in the world.

Time is not a renewable asset. Once it’s gone, it is gone forever. You can’t spend some of today’s time tomorrow, nor can you borrow time tomorrow from today. It’s gone. When we waste time, we lose the opportunity to serve Jesus; we lose the chance to add to the Kingdom. We’ve all been given a certain number of breaths to build a certain portion of the Kingdom. What we leave unbuilt becomes an opening for Satan, and thus tears down the very Kingdom we have been entrusted to build.

I can already hear the protests: “We can’t spend our entire lives building the Kingdom! Life is full of demands and responsibilities. It’s a nice idea but simply not practical.” My guess is you had similar thoughts floating through your head as you are reading this. I know they’ve been bouncing around my brain. But know this: Jesus never did anything except engage in building the Kingdom of God. If we did the same, our lives would be obsessed with Jesus. And isn’t that the point? Isn’t that what we promised and signed up for when we asked Him to save us and be the Lord of our Life?

We’ve left our end of things undone. We’ve made it easy on ourselves and settled for a weak and watered down faith. No more! It’s time to become obsessed with the One who gave everything for you. It’s time to stop wasting your life tearing down what God has commissioned you to build. It’s past time we devoted ourselves to building the Kingdom of God.