As a people, we love to label, separate, and divide. We might expect this behavior from the world at large, but unfortunately, the Church seems to enjoy it as much as everyone else. This stands in sharp contrast to Jesus’ desire for us to be unified. When He prayed to His Father for us, his emphasis was on our unity (John 17:20-23). 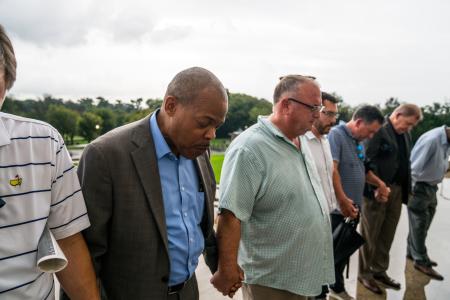 He prayed we would be unified just as He and His Father were. Do you realize how close Jesus and God the Father are? They are one and the same, flowing in and around each other to the point no separation can be found. As a body of believers, we have rarely experienced a unity anything like this.

It never ceases to amaze me the number of new churches being launched around me. Rarely does a month (and sometimes even a week) go by without learning of a new church being planted near me. I have been encouraged to see many of these new congregations working together, but by and large, it still seems like many of the new churches are being founded out of some sort of dissatisfaction with the ones already in existence. While each new church claims to offer something new, as they grow, they become more of the same. This would be good news if such sameness bred unity, but this isn’t the case. Despite all the similarities among churches, we are still far from unified.

While we have been called to be unified, we instead continue to splinter over opinions and preferences. The sheer number of denominations existing within Christendom is all the proof you need to know we are anything but unified. The differences over which we separate have little to do with Jesus. It is almost always over a peripheral issue we choose to divide. While we could probably all agree with this, we would quickly retreat to our own corners as soon as it came time to discuss our own pet peripheral topic. Not only are Christians masters at rationalizing their own sin, but we are also masters when it comes to rationalizing how most issues dividing us are peripheral except when it comes to our issue.

Perhaps most sickening is when we divide over ethnic, racial, or political lines. The constant discussion over race is most curious since all Christ-followers should recognize we are all indeed one race. When it comes down to it then, we divide over the pigmentation of our skin or country of origin. I am certain this is not what Jesus had in mind when He prayed for us to all be unified. Do we not see the absurdity of dividing over such things? The political divide is another outlandish reason to not be unified. Jesus did not come to promote any political party, structure, or philosophy. Why then do His followers become so obsessed with the political happenings of our day?

Jesus prayed for us all to be unified. This can be accomplished when we determine to know Jesus and nothing else. Let’s be people of our risen Savior and let everything else fall to the side. We are called to be one, just as Jesus and the Father are One. I can only imagine how revolting our petty disagreements are to the Father. We’ve devolved His mission into one of opinion, preference, and jockeying for position. This isn’t discipleship. It isn’t even Christianity. What if instead of dividing ourselves among a seemingly endless number of factions we instead determined to simply be united around the words of Jesus. What if we all did – together – exactly what He commanded us to do? We all need to repent. We all need to be unified and take the gospel of Jesus to a dark and desperate world in dire need of hope.