Wang Yi is the pastor of the Early Rain Covenant Church in China. The Chinese government arrested Pastor Yi, along with his wife and over 100 members of the church, in December 2018 after a period of prolonged harassment of the church by the Chinese government. While the official charge was “Inciting subversion of state power,” in reality the government arrested them for following and proclaiming the truth and good news of Jesus. Such a charge carries a sentence of up to 15 years in prison. 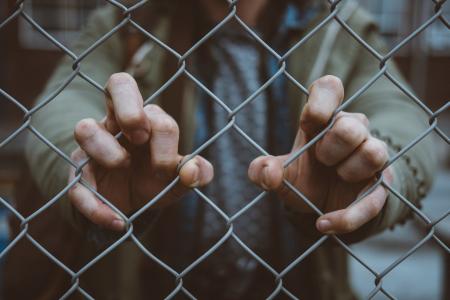 After being later released, Yang’s wife and church members spoke of being tortured while under arrest. Police ransacked their homes and have kept them under close watch since their discharge. The release of Yang’s wife, Jiang, was conditional on posting bail and she lost considerable weight during her time being held in detention. She has been under house arrest with her young son for the past six months.

A year later, Pastor Yi’s long-awaited trial was finally held but done so in secret. No family or church members received notification of the trial or were allowed to attend. The government even removed Wang’s chosen attorney from the case and replaced him with two attorneys of their own choosing. When a church member learned of the trial and tried to attend, police officers stopped him, threw him to the ground, kicked him multiple times, and interrogated him. The Chinese government added new charges of “illegal business activity” against Pastor Yi, claiming that the church sold Bibles without a license. With the added charges, Mr. Yi will serve a sentence of nine years in prison.

I tell you this story to show what Christians around the world are facing because of their faith. Few of us will ever experience these types of trials. We are free to worship where and how we choose. Following Jesus has never come with the threat of being imprisoned for a decade. I doubt many of us have ever been beaten or forcibly separated from our families because of our faith. But these realities are what millions of believers endure daily. While we go about our busy and distracted lives, they are risking and sacrificing everything for the sake of Jesus. We must always remember these precious members of our faith family in prayer. Please take the time each day to pray for their strength, comfort, and perseverance.

If we faced similar circumstances, would Jesus be worth it to us? Would we cling to Him under threat of torture and imprisonment? If we were forced to choose between Jesus and life, would we choose Him? If Jesus isn’t worth surrendering our comforts, freedom, and our lives, then He isn’t the Lord of our lives. I suggest if you aren’t willing to surrender everything to and for Him, you should just stop playing at this thing called Christianity because it’s not real to you. Jesus is worth losing everything, or He is worth nothing to you. The cost of following Christ is high. Are you willing to pay it?