While waiting for a church service to begin, I overheard a conversation happening in the rows behind me. There was a group of students from a nearby Christian college that was visiting the service I was attending. The person sitting next to them struck up a conversation inquiring about the group. One individual said they were all studying to be pastors, and as part of their coursework, they were visiting nearby churches every week to meet the congregants and take notes on what they liked and didn’t like. 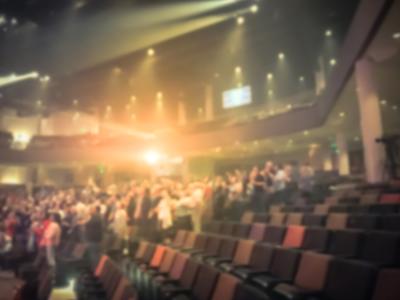 As the conversation continued, the pastor-in-training asked someone else nearby what had drawn them to the church when they began attending there. This engaged others around as well, and the responses were all similar: the messages, the preacher, and the atmosphere were the prevailing themes. What made me very sad was the one word I did not hear mentioned: Jesus.

The service began, but I couldn’t get the conversation out of my head. I knew the young man was trying to learn the best ways to build a church, but I also knew he was asking the wrong question. The question he should ask when assuming leadership of a church is, “How can I best show Jesus to people who come through these doors?” I determined I would engage him in conversation after the service, but when I turned after the service, his group had left.

But the conversation stuck with me. For decades now, we have been training the next generation of leaders on how to build large congregations as quickly as possible. These days, the push is to build multiple campuses as soon as you can as well. I don’t think large churches are a bad thing; I attend one myself. Nor do I think a church being small means God isn’t blessing or moving there. Some churches grow without people even trying to make them grow, and some have elaborate marketing campaigns to accomplish the growth. The one thing I know is growth doesn’t mean a thing if Jesus isn’t the central theme.

Our goal for church gatherings should not be to be the biggest, hippest, or to have the most programs. It shouldn’t be about having the most dynamic speaker, the most talented musicians and singers, or the best coffee. The Church of Jesus Christ should be what it was about at its inception: Jesus. If it’s not about Jesus, it’s not about anything at all. It’s just a bunch of noisy people uniting around a common cause. You may as well attend a soccer match.

Why do you attend the church you do? Is it because of the speaker? The programs? The music? If the reason you attend isn’t Jesus alone, then you are wasting your time. God isn’t impressed with your attendance. He’s glorified by your obedience. We attend a church service to magnify Christ, to sing to Him, perhaps even dance before Him, and to share our love of Jesus with others who feel the same way. Such fellowship is encouraging and healthy for us. But only if it’s about Jesus and nothing else. Before you go to your next service at a church, whether it’s in person or online, make certain the reason you are going is not habit or obligation, but desire and adulation. The Church is the body of Christ meant to glorify Him and make Him known. Let’s never make it about anything else.