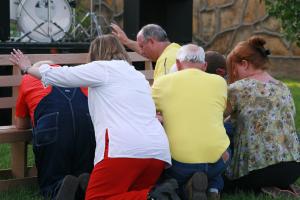 When I was growing up, there were several movies around that I think were designed with the sole purpose of scaring the daylights out of young people. These weren’t creations of Wes Craven, Stephen King or any of the well-known masters of the horror movie genre. Rather, these were Christian filmmakers and organizations producing movies depicting the end times as they interpreted them from the book of Revelation. Films like “A Thief in the Night”, “A Distant Thunder” and “A Burning Hell” (apparently all Christian movies of this genre had to begin with the letter ‘A’). The scenes in these films ranged from creepy to utterly disgusting. The shock value, however, fulfilled the purpose of the producers to scare many young adults (and quite a few not so young adults) into repentance and surrendering their lives to Christ. I wonder what happened to all those who gave their lives to Jesus? If a large number of my generation truly committed their lives to Him, why have we seen so little progress in spreading the truth of Christ in the years that have followed?

The problem with those movies is the same problem we have today. With a goal and focus of convincing others of their need to say a prayer to ask Jesus to come into their lives, we work diligently to bring people to that point; our follow-up, however, has never been the best. We celebrate with them, hand them a Bible and wish them great success on their journey. We invest our time to bring them to Jesus but rarely spend any extra to explain to them what to do next. Countless times I have heard well intentioned Christians tell a new believer that the first thing they need to do is find a good church. What does that mean to someone who just accepted Christ? How are they to tell a good church from a bad one? Our mission seems to be more about counting conversions than it is of the Biblical mandate to make disciples. There is an enormous difference between the two.

Worse still, rarely do we fully explain what it means to be a follower of Christ. We’re really good at explaining the sacrifice Jesus made for us, but nearly always stop short of telling them of the sacrifice required of them if they choose to give their lives to Christ. I think after sharing the Gospel of Jesus with someone, if they show an interest in accepting Christ, we should immediately begin trying to talk them out of it by explaining how much it will cost them. It would be far better for them to reject Christ outright than to accept Him and go through life deluded thinking they are going to Heaven because they once said a particular prayer. Imagine the horror when they face Jesus and He sends them away from His presence saying He never knew them (Matthew 7:21-23; Matthew 25:31-46). Imagine our own nausea and trembling at the realization that the prayer in which we led them aided in their deception.

If we don’t explain the sacrifice required to follow Jesus, the persecution the Bible promises we will face and the absolute abandonment of the life they had lived to this point, then we are not telling them the whole story. By explaining what it truly means to follow Christ, some may indeed turn away like the rich young ruler (Luke 18:18-23). But those who understand the cost and embrace Jesus anyway – those are the ones who are truly called and will make an impact on their world for Jesus. Let’s make sure we are giving others the whole story. We aren’t called to win converts. We are called to make disciples.