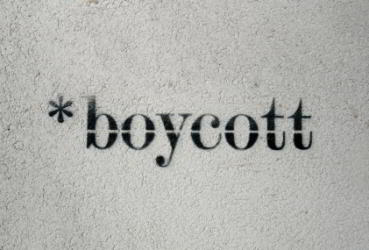 Every December there are groups of Christians who protest or boycott companies who do not use the word “Christmas” in their advertising. One group is outraged because J.C. Penney (ironically hailed by the same group for using the word ‘Christmas’ in their ad campaigns) is using Ellen DeGeneres, a homosexual as their spokesperson in their commercials. These are the kind of actions that caused me to abandon Christianity to instead live my life as a follower of Christ. This is why young people are turning away from Christ in record numbers. If this is what it means to be a Christian, who wants to be one? Who would want to identify with an elitist mentality that focuses on the judgment of others?

We were created in the image of God, but we have allowed ourselves to be transformed into beings that bear little if any resemblance to our Creator. Jesus told us to love others as much as we love ourselves (Mark 12:29-31). He told us not to judge others, because that’s His responsibility, not ours (Matthew 7:1; John 5:22-27). Christ told us we should take the two by fours out of our own eyes before attempting to remove the speck of sawdust from the eyes of another (Matthew 7:3-5). Why is it Christians (and I have certainly been guilty of playing along in the past) feel the need to pick on certain pet sins while ignoring other transgressions that hit a little closer to home?

Why do we expect companies based in this world to obey the laws of the Kingdom that is not of this world? As followers of Jesus, we should not be trying to coerce the world to abide by the laws of Christ when they are still living in darkness. Our job is to shine the light of God’s glory so brightly that they are irresistibly drawn to Him. The rest will take care of itself. No one ever had a new belief beat into them. Aggression is always the wrong tactic. Love is always the correct response.

It has been often said that Christians are known more by what we’re against rather than what we are for. This is a classic example of that sad perception. If we want to change the world for Jesus, we have to start by not expecting the world to change itself. We should be the most loving, tolerant people on the planet. Each one of us is deserving of Hell. Every one of us has more to be ashamed of than should be possible in a single lifetime. I can say with Paul that I am the chief of sinners (1 Timothy 1:15). I am not perfect, not by any measure. I have been guilty of categorizing sin, judging others, and despising my brothers and sisters in Christ. I have spit in the face of Jesus with those who crucified Him when I have deliberately denied Him and decided to live my own way. None of us has the right to condemn another.

If we really want to preserve the meaning of Christmas, then we will live a life that looks like Jesus. We will treat others as better than ourselves. We will serve the needs of our enemies. We will pray for every soul to come to know the redemption of Christ. It’s not about boycotting those who believe differently. It’s about loving those who are desperately in need of the love of Jesus. Let’s shine the light of God’s glory on the world. Let’s show them what we are for, and pursue a life that looks like Jesus. No more boycotts, just more love.