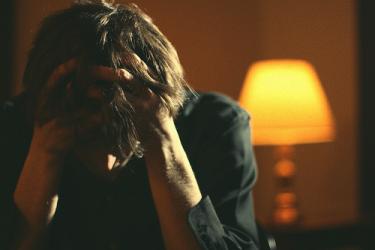 Satan is subtle in his attacks. Most often we don’t attribute our struggles to the work of the devil. I don’t know at what point we began to lose the recognition of demonic activity. Everything that is true, good, pure, and peaceful is of God (Philippians 4:8). That means everything else is not of God, which in my system of beliefs, points to the devil.  Until you learn to recognize your enemy, you will never be able to defeat him. Instead we live in a state of blissful ignorance, unaware of the attack, and incapable of defending ourselves against it. In other words, we become the victim.

Nowhere in the Bible do we see Christ acting like a victim. He wouldn’t allow Himself to be in that position. Even throughout the gruesome detainment that led up to His eventual crucifixion, Jesus was always in control. Against all odds He maintained His humility, dignity, and composure. Jesus Christ was many things, but one thing He was definitely not was a victim. He resisted and overcame every attack of Satan. By virtue of His spirit dwelling within us, we have the same ability to deal with our own problems.

Satan has no claim on our lives and insufficient power to overcome us. The blood of Jesus nullifies and counteracts any and everything the devil can throw at us. There’s only one secret to unlocking the power of Jesus in our lives: we have to use it. Just as a weapon locked away high on a shelf is useless to you if you’re attacked far from it, so is God’s power useless if we refuse to invoke it. When trouble rolls in, we do everything in our own power to overcome it. Instead, we need to simply say, “Jesus”, and marvel at how easily His name completely unravels the plans of the evil one.

At some point in recent history, Christians became afraid of Satan. Yes, he is powerful and dangerous, but He is nothing compared to our Lord and King. Satan is desperate because he has already been defeated. All he can do now is try to take as many people down with him as he can. He has no hope, and his power is useless against Christians unless we believe the deceptions he puts into our minds. As a follower of Jesus, you need never be a victim of the devil. Say the name of Jesus. Rebuke Satan. The devil is defeated and by the grace of God, we have overcome. We are victims no more.