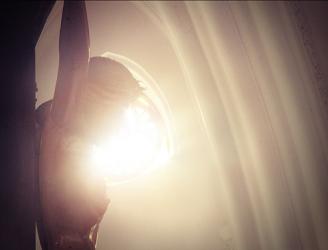 What is your picture of God? Depending on how you were brought up, you probably view Him as anything from a deeply loving and compassionate Father to a strict disciplinarian who doesn’t tolerate any step outside of His direction. Some read the Old Testament and see God as overly controlling, jealous, and violent. They fear a God who might arbitrarily choose at any moment to strike them dead. These pictures of God have been perpetuated for years, and are a favorite ploy of Satan. If he can convince people that God is erratic and ultimately untrustworthy, he knows he can keep you far from God. He knows if you get too close you might actually discover the truth.

The truth is the character of God is altogether trustworthy. The truth is that God looks exactly like Jesus Christ. Jesus came to reveal the Father to ordinary people like you and me. He came to refute the lies that Satan has been spreading about the character of God. Because of these lies, billions of people throughout the course of history have chosen to reject God. Jesus came to set the record straight. He told His followers that He and the Father are One (John 10:30). He explained to them that if they had seen Him, they had seen the Father (John 14:9).

God looks just like Jesus, and Jesus looks identical to God. Because of how much He loves us, God exists to serve us, just like Jesus did. He desires communion with His creation above all else. He weeps when we turn away from Him and pursues us with a relentless love that we cannot possibly hope to comprehend. God is not an irrational, angry old man with a long white beard that is just waiting for the opportunity to punish us. That is not who Jesus was, which means it is not who God is either.

So many lies over so many years have embedded a false picture of God in our minds. We read scriptures such as John 10:30 where Jesus plainly tells us that He and God are exactly the same, but fail to comprehend what it means. When you think of God, think of Jesus. What Jesus desires for you, God does too. As Jesus came to seek and save the lost, so God the Father spends His time in relentless pursuit of His people. Just as Jesus willingly humbled Himself to serve others first, God humbles Himself in the very same way.

This can be a hard teaching to accept. We have years of baggage that contains the lies of Satan. We’re accustomed to thinking differently about God and Jesus. We fear God but love Jesus. According to Scripture, this is not a defendable position. The truth is our mental picture of God and Jesus should be exactly the same. In ways that are difficult to understand, God and Jesus are One.  Don’t let Satan steal the beauty of God from you. When you think of God, picture Jesus. For if we’ve seen Jesus, we have seen the Father.