“When whole regiments of professed believers are too timid to fight and too smug to be ashamed, surely it must bring an astringent smile to the face of the enemy; and it should bring a blush to the cheeks of the whole Church of Christ.” This is certainly no less true today than it was when A.W. Tozer wrote those words over fifty years ago. 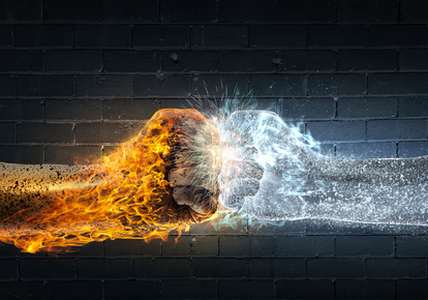 Many of us look back and lament the days when the Church took the fight to the enemy, but Tozer’s observation of his own times shows those days are further behind us than we dare think or imagine. As a whole, the Church has lost the will to fight and refuses to be ashamed at the weakness of its plight.

I’m not referring to picking a fight over some pet sin or the laws of any nation, and I don’t think Tozer was either. What we’re talking about is the manner in which Christians – especially those in the West – live their lives as if there is no war waging around them. There is a spiritual dimension to life. Your soul and the Spirit of Christ within you is proof of this. Most of those reading this would agree. But how often do we contemplate the very real battle being waged between angels and demons, God and Satan, evil and good, swirling all around us (Daniel 10:12-13)? We are called to engage in this battle, but instead we focus on our own comfort, security, and entertainment.

The weapons we possess are not those of the world (2 Corinthians 10:3-5). Every prayer is a massive assault against the forces of Satan. Every time we refuse to conform to the world and honor Christ with our lives is a dagger in the gut of a demon. When we say the name of Jesus, the minions of the devil beat a howling and shrieking retreat.  When we do Kingdom work, we advance the Kingdom of God and take back some of the territory Satan has stolen from the people of God.

Unfortunately we lack the stomach to fight. We are too timid, afraid of the one who has already been defeated. Satan cannot stand in the presence of Jesus. He is done and finished, so his only joy comes from a desperate attempt to tarnish some of God’s glory by leading God’s people astray; and we are so willing to be led astray. We jump at the chance to abandon the words of Christ and follow the ways of the devil. We call it cultural norms and say we succumb to societal pressure, but the truth is we would rather pursue the pleasures of Satan than the joy of Jesus. We would rather follow the devil than submit to Christ; “we are too timid to fight and too smug to be ashamed.”

Do you believe Jesus suffered on the way to the cross before being brutally murdered on your behalf? Do you believe He loves you? Most important of all, do you love Him? Jesus said if we love Him we will do what He told us to do (John 14:21). Are you doing that? Are you actually living your life in a way that looks like Christ? Or are you like most of the Church, trying to lead a decent, unassuming life while enjoying your time here on earth? Those days are over. You are either with God or against Him (Luke 11:23). You are either too timid to fight or picking up your cross and following Jesus into battle. In the words of Joshua, “Choose this day whom you will serve” (Joshua 24:15). Don’t be timid. Stand in the power of Christ and fight!