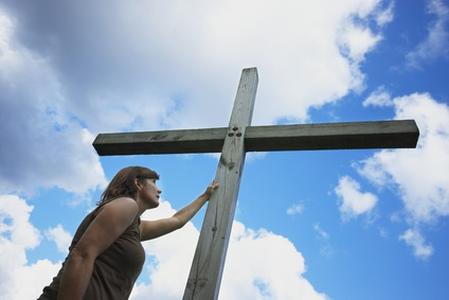 What was appealing to Christ’s early followers was not the life they would be leading but rather the fruit which would be the reward of their work. They were not focused on what they might gain or obtain, but only on what would be achieved for God’s glory and His Kingdom. This is what it looks like to be a disciple. It was true then, and it is true today.

A lot has changed in the couple thousand years since Jesus walked this earth. Christian’s today claim to be His disciples, but few live as if they truly are. Who do we think we are fooling with our duplicity? God is certainly not deceived. He sees our hearts and every ounce of insincerity contained therein. Saying a prayer isn’t enough, going to church won’t get you to Heaven, and declaring your devotion doesn’t mean a thing until you back it up. Compared to the early followers of Christ, we are lazy, distracted, and often altogether irrelevant.

Intellectually we know following Jesus means our lives will change. We understand putting God first means putting our own selves second. Some even recognize radical obedience will lead to a life at extreme odds with their culture. But this is often where it ends. We stop at an intellectual understanding but do nothing to live it out.

A disciple’s life will and must look different from everyone around them. We are not called to pursue the American dream but to follow Christ. We aren’t called to be popular or wealthy, but rather to live unselfishly with unending generosity. We aren’t called to safety or comfort but to a life of sorrow and trouble. There is nothing easy about living a disciple’s life. It’s not glamorous, and it’s not something you will mindlessly drift into one day. A disciple’s life is chosen, and only by those whose sole passion is to love and glorify their Creator.

Typically we are concerned with so many things in any given day, but only one thing matters: Jesus. This life is not about you. You are not the central theme of the Bible.  You won’t find yourself in any story in Scripture because it’s not about you. Western Christianity is a sham and a farce as far as it teaches following Jesus can be synonymous with living a comfortable and secure life. That’s not scriptural. It’s a cancer eating the modern church alive. A disciple’s life is not easy. It’s dirty, smelly, ugly, and hard. It’s all about Jesus and His Kingdom. It means we have died to ourselves, and dead men don’t pursue health, wealth, or significance. Our only concern should be what we will do to further the Kingdom of Christ today. This is a disciple’s life.