In his book, “Together is Better”, Simon Sinek writes, “We can start a revolution when we know what we stand against. To create change that lasts, however, we need to know what we stand for.” (emphasis mine) This advice is great for our lives as disciples. It’s easy to tell the world what we’re against. Doing so may even gain us a following of sorts. But if we look at the way Jesus lived, He spent His time demonstrating what He was for. 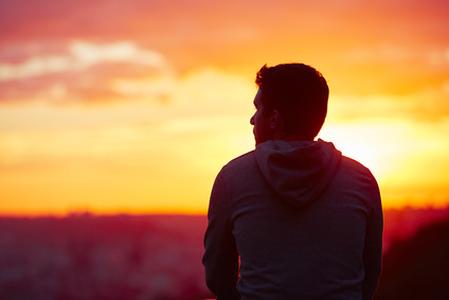 In doing so, he caused a change so radical it split time in two. We now refer to dates based on those before Jesus came (B.C.), and after His birth (A.D.). The followers of Jesus in first century Israel were looking to Him to denounce all the Roman Empire was doing. They were looking for a revolution. Jesus brought something better. He brought a glorious change to their lives and to our world.

As modern day Christians, we rarely have any difficulty articulating what we are against. Some of the things we’re against are even good and Biblically based; others, not so much. I was raised in and around churches that variously stood against things like dancing, drinking, smoking, gambling, and boys and girls being closer than six inches to each other. Hopefully we’ve gotten to the point where we no longer make those kinds of distinctions which do more to push people away from Jesus, than to draw them closer.

Still, as a disciple of Jesus, I make no bones about the things I am against. I’m against hypocrisy, pride, selfishness, discrimination, racism, tearing people down, squandering what God has entrusted to us, and living for any purpose other than that which furthers the Kingdom of God. If we could all get behind those ideas I think we’d start a revolution indeed.

We want to move beyond revolution and create a lasting change in our world. To do this, we must clearly articulate what we stand for, not just what we stand against. The change begins with us.

As disciples, we are for people. We’re for love. We’re for consistently living what we believe, putting others first, treating all people as having unsurpassable worth in the eyes of God, building people up, being faithful and generous with the gifts God has entrusted to us, and we hold fast to our mission of building God’s Kingdom here on earth. We stand for being the change God desires for His world.

I’d love to see the Church start a revolution. Nothing would be more thrilling than to see the so-called sleeping giant get a wake-up call. But we need more. We need change that doesn’t just inspire, but change that transforms. Revolutions captivate the imagination. Change captures the heart. Revolution and change can work hand in hand, and often do. Revolution without change is often short-lived. Change without revolution can be hard to ignite. The revolution has already begun. The fires have been lit. Let’s take the next step and begin declaring and modeling the things we stand for. We mustn’t stop at revolution. We’ve got to press on to the change.