What does it mean to be a spiritual success? To some degree, we understand what success in the business world means. Financial success is somewhat obvious. We even know what successful parenting looks like. But what about spiritual success? A.W. Tozer said, “The laws of success operate also in the higher field of the soul— spiritual greatness has its price. Eminence in the things of the Spirit demands a devotion to these things more complete than most of us are willing to give.” 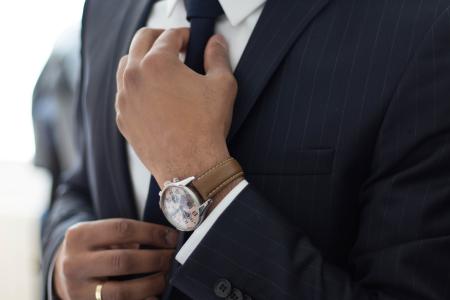 I believe spiritual success is measured by our devotion to God. The trouble, as Tozer points out, is few are willing to put in the effort required to become what we would term a “spiritual success”.

I am convinced every true follower of Jesus wishes to be a spiritual success. You may not think of it using such a term. Perhaps “spiritual success” sounds uncomfortable or even too self-serving to you. Call it whatever you like, but I’ll bet you want to be as close to God as possible. You want to do the things He created you to do and to always please Him. Spiritual success isn’t about comparing ourselves to others. It’s more an attitude for which to strive. We don’t want to fail our King. The greatest spiritual success comes from a life of serving God and others.

Much to my disgust, and I assume yours as well, most of us are not willing to put in the work required to be a spiritual success. Tozer continued, “The amount of loafing practiced by the average Christian in spiritual things would ruin a concert pianist if he allowed himself to do the same thing in the field of music. The idle puttering around that we see in church circles would end the career of a big-league pitcher in one week. No scientist could solve his exacting problem if he took as little interest in it as the rank and file of Christians take in the art of being holy. The nation whose soldiers were as soft and undisciplined as the soldiers of the churches would be conquered by the first enemy that attacked it. Triumphs are not won by men in easy chairs. Success is costly.” Ouch. Pastor Tozer’s words are sharp, but ring true.

Do you consider yourself a spiritual success? Unlike the world’s view of success, your only competition is you. This isn’t about comparisons, it’s about your own level of commitment and devotion. When you examine your commitment to God, is it one of pure zeal or have you allowed yourself to get lazy and tend to only be going through the motions in this season of your life? Are you as devoted to seeking God as a professional musician is to their instrument or a professional athlete is to their sport? Successful people in all areas of life devote countless hours and effort to their craft. Does God deserve any less from His disciples? What needs to change in your life to put you on the road to becoming a spiritual success?