Lent is a season of (roughly) 40 days leading up to Easter and celebrated by various denominations within the Christian faith. I am never interested in having a debate over whether a particular style of worship, liturgy, ritual, or tradition is pleasing to God. I’m happy to talk about Jesus all day long, but outside of Him, I’d say if it brings you closer to God, then do it. If it doesn’t, don’t. The differences in our traditions don’t offend me. 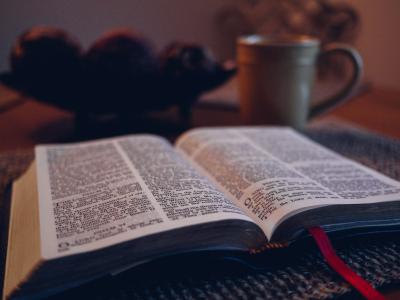 I heard Bob Hartman, the guitarist and main songwriter for the legendary Christian band Petra, once say, “Don’t criticize the way someone else worships God because God might like it!” I grew up in a Protestant household where Lent was not celebrated. As I’ve grown older and developed my own relationship with Christ, I have slowly come to embrace Lent and the beauty of the season.

What’s wrong with setting aside 40 days to focus on the life, death, and resurrection of our Savior? There is great Biblical significance for a 40-day period of time. The rainwaters which produced the flood poured for 40 days. Goliath taunted the army of Israel for 40 days before God put an end to it through His servant David.  Jesus spent 40 days in the wilderness fasting and demonstrating His complete reliance and devotion to His Father. There are numerous other examples of 40-day periods in the Bible. As a former software developer, I’m a bit of a geek when it comes to numbers. They make sense to me. They form boundaries for improvement. So, I like the idea of setting aside 40 days to grow more deeply in my relationship with God.

I’m rather new to celebrating Lent, so I’m certainly no expert. One of the things associated with the season is giving up something for the period. Many give up eating meat. I’m a vegetarian, so that wouldn’t be much of a sacrifice for me! Others give up candy, television, or – these days – surfing the internet or using their smartphone. The point of the exercise is to “fast” – take a break from, do without – something important to you. Refraining from a food, item, or activity you hold dear demonstrates it is not as important to you as God is.

Even if you don’t give something up for Lent, you can still use the 40 days as a time of intense prayer or to study God’s Word. Pick a topic you’ve always found fascinating or troubling in the Bible and dig in for 40 days. You’ll probably be amazed at what you’ll learn. Spending the 40 days in renewed and focused prayer is a wonderful use of the season. There are many prayer guides available to help you pray through the season. Or perhaps you’ll decide to select a need in your life, or the life of another, and pray about it every day during the season.

There’s no right or wrong way to embrace Lent. While some traditions have specific rules around it, you don’t need to follow them to experience the beauty of the season. Although, you could perhaps try celebrating Lent in the strict manner someone outside your normal circle of influence celebrates it. If you are using the time to worship God and deepen your relationship with Him, you can’t go wrong! Don’t be afraid to celebrate something you may never have before. Embrace Lent. Embrace the season. Most importantly, embrace God and watch what He will do inside you over the next 40 days.