I am hesitant to write this because I am paranoid and convinced (is that possible?) people will take this in a manner I do not intend. Still, the message is heavy on my heart, so I’ll ask you to please read this in the spirit it is intended, which is to further the Kingdom of Christ. It is not my intention to demean the laudable actions of others or to criticize any particular ministry. With the disclaimers out of the way, let’s begin. 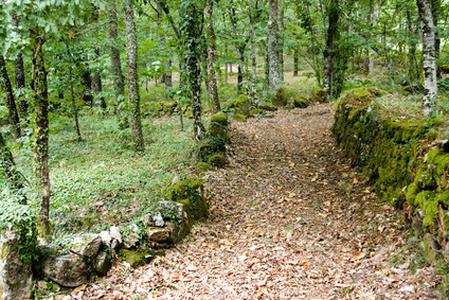 This past weekend I had the thrill and sorrow of attending a concert with about 10,000 other Christians. The love and ministry of the band were evident throughout the couple hours they played. It was an uplifting experience that encouraged and challenged me, and from which I took several action items. One of them was to write this article.

Let me lead with the positives. I felt re-energized to live in obedience to Christ. Being surrounded by so many who share my faith is encouraging. Sometimes we often feel as if we are running this race alone. We need to come together for encouragement and instruction. Second, through a presentation given at intermission on sponsoring children, I was convicted to engage at a higher level with the children my wife and I sponsor. It was also a blessing to see many people sign up for new sponsorships.

Now to the bad. As I sat through the concert looking around, my heart began to break. I even felt myself getting a bit choked up, which is something of a monumental feat for a guy who sheds a tear maybe once every decade (Not healthy or recommended! Pray for me.). I began thinking of the great divide which exists in Christendom. I thought of the sheep and the goats (Matthew 25:31-46). And I thought of all those who would approach Christ only to hear, “Depart from me. I never knew you.” (Matthew 7:22-23). Over the past few hundred years, we’ve made it easy to be a Christian. We’ve left out sacrifice and obedience in exchange for a simple prayer with no further responsibility.

The problem is this type of commitment finds no support in Scripture. Throughout the entire Bible, we see the responsibility of God’s people to obey His commands. The grace of God is free but not cheap. It is simple but not easy. We’ve convinced untold scores of people how easy it is to “be saved” or to “become a Christian”. The horrifying reality is we’ve lied to them, and the consequences could not be more severe.

How do I know this? I know this because if every one of those 10,000 people at the concert were true disciples of Jesus, that entire city would be turned upside down for Christ. The Kingdom of Heaven would be on full and ready display. Instead, that city looks pretty much like every other city. Homelessness, hunger, crime, and hate still run rampant through the streets. If an army of 10,000 people went around looking like Jesus, there’s no way this happens.

Instead, we’ve got 10,000 people who once said a prayer and most of whom you will find in a church building on any given Sunday. While the world lies bleeding, we stand by smiling. We underestimate the damage such teaching has done, and we underestimate the crisis within our own churches. God help us. Time is running out and we are running away from the truth.