I’ve seen a lot of political madness in my day, but nothing approaching the ridiculousness of what is out there today. It is absolute insanity. Personally, I pay little attention to any of it. It’s like watching an updated version of the Hatfield’s and McCoy’s. I can’t justify spending the precious few breaths entrusted to me getting captivated by something over which I have no control. I mean no offense to the news junkies out there. I was once you many years ago. 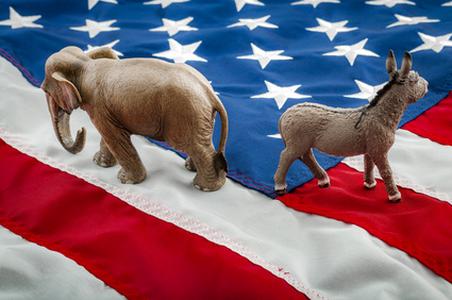 I do think we all will one day have to answer for how we spent our time, and to me, that is more than enough reason to avoid the political madness as much as possible. The truth is, who happens to be in power in Washington D.C. or in whatever country you reside, means little to those of us whose sole allegiance is to the King of all Kings.

More and more I am finding similarities between the way A.W. Tozer thought and my own mindset. I quote Tozer often because not only was He a tremendous man of God but also because I think he saw things from a little different perspective from the mainstream theologians. Regarding politics, Tozer “warned against allowing our spiritual comforts to rise and fall with world news or the changing political or economic situation. We who lean upon Jesus and trust in the watchful love of a heavenly Father are not dependent upon those things for our peace.” (see “A.W. Tozer: A Twentieth-Century Prophet” by David J. Fant Jr.)

Having the most or least Godly man in power doesn’t change our mission. Our hope is in Jesus, not in any individual on earth, not in any political party, and not in any piece of legislation. The rhetoric driven by today’s political madness is divisive and full of fear-mongering, disrespect, and a total lack of love or civility. All these things are in stark contrast to the teachings of Jesus. As the Body of Christ, it is our job to stand against such hatred and negativity. We are people of light, commanded to be the salt of the earth. As such, I think we do well to stay out of the fray and to remain about our business, namely loving others and proclaiming the gospel of Christ.

Have you succumbed to the political madness surrounding us? I encourage you to focus once more on the beauty of Jesus. Remember what it is to which you’ve been called. We can’t serve two masters (Matthew 6:24), so we can’t be purveyors and distributors of both light and darkness. Our job is to shine in the midst of the deepest night. We need to begin operating as children of God’s Kingdom rather than a citizen of any particular nation. We are aliens and strangers who should not be getting entangled in the nonsense of a world not our own. Next time you flip on CNN or Fox News, ask who is being glorified. If it’s not Jesus, it may be time to just turn it off.