On Christmas day, two pastors in the Central African Republic (CAR) were gunned down as they walked home from holding services. Then, on January 3rd, the terrorist organization Boko Haram, kidnapped Pastor Lawan Andimi, a senior member of the Christian Association of Nigeria. On January 19th, they called his wife and told her they would behead her husband, which they did. So, how was your day? I in no way mean to be flippant but to point out the fact while most Western Christians fret about getting to church while there are still donuts available, our Christian brothers and sisters around the globe are facing real trials and real persecution. 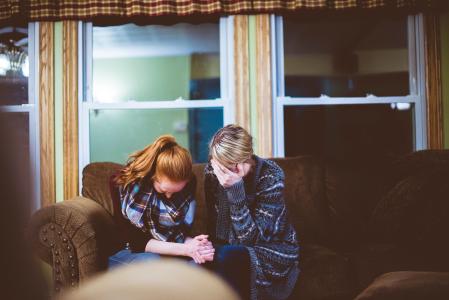 As another mega-church goes into millions of dollars of debt to build bigger and more comfortable buildings, Christians in nations where Christianity is illegal risk beatings, imprisonment, and death to gather under a tree in the middle of a field just so they can fellowship with one another. Something has gone terribly wrong with the Church in the Western world.

Some once saw America as the great hope and example of Christianity. We can debate whether we ever deserved such a label. I know for certain it is not applicable today. Every church with which I am familiar touts the amount of its giving to missions. However, in every one of those churches of which I have personal knowledge, their missions budget pales compared to what it pays servicing building debt and campaigns. Even churches who save until they can pay cash (bless them for holding to Biblical principles of fiscal responsibility), I must wonder if even they are spending their resources in the most appropriate way. Perhaps they are, but I wonder how often they ask that question before embarking on spending such insane amounts of money on a pile of bricks instead of the flesh and blood needs in our cities and around the world.

Michel Archange Redimo, one pastor killed on Christmas day, left behind a wife and sixteen children. Who will support this family now? Not only did they lose a husband, father, and friend, they lost their main income earner. If the church won’t stand up and step in, what is the purpose of our existence? For most, we’ll shake our heads at the sadness of the story, but it happened in Africa, and that’s a long way from us. It doesn’t affect us because it does not impact our lives. But they should be! These are our brothers and sisters in Christ! What if it was your pastor or your father? Wouldn’t you expect the Church to stand behind you?

I am distraught as I write this, so comfortable in my heated house, typing by the light of electricity, with a full refrigerator, and a general sense of security. I do not comprehend what it must be like to live in a country where torture, rape, and death are real possibilities every moment of the day and night. Few of us do, and even fewer will think about it. We have a responsibility to support and always remember our brothers and sisters in Christ in our prayers. We need to stop pursuing happiness and pursue holiness instead.  Please pray for the families of these faithful ministers and pray God’s Spirit would impact your heart and give you a burden to seek first the Kingdom of God and to share with everyone in need. Don’t just read and walk away. Do something now.