A popular Christian singer has come under fire for a satirical song he wrote. While the song was amusing, like all good satire, it featured elements of truth. Most notably, the truth it contained was straight from God’s Word. It was basically a song from a father encouraging his daughters to dress modestly. It was sweet and funny, and amazingly controversial. 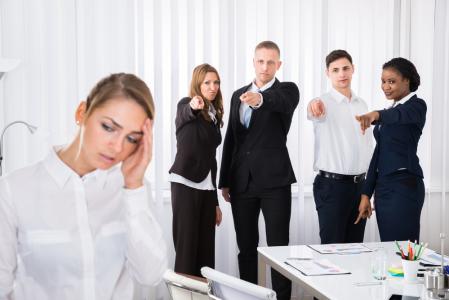 When several people began calling his song offensive, the singer took it down and apologized. Besides leaving me scratching my head, I couldn’t help but wonder when Christians will stop apologizing for speaking the truth.

The worst part of this story is the controversy came from those who call themselves Christians. It wasn’t some fringe element looking to bash a believer, as is often the case. This was friendly fire, Christians attacking other Christians because the ideas expressed were traditional Biblical truths rather than the socially acceptable “wisdom” being propagated by our culture. Jesus’s prayer was that all who call Him Lord would be as one (John 17:20-22). There can be no unity when we are fighting one another over the truth of God’s Word.

But this is nothing new. There will always be division in the Church so long as people are more concerned with what is good for them rather than what is right in Christ. So the part that bothers me more than anything is that once again a celebrity Christian has refused to stand firm in their faith. Why are they always so shocked to discover proclaiming God’s truth is offensive to people? The Gospel will always be offensive to those who don’t know Christ. I don’t know the heart of this artist. Perhaps they panicked and pulled the song from the internet as a knee-jerk reaction. If so, I join with many pastors across the nation who are encouraging him to put the song back up.

When we stand for Jesus and the truth His Word contains, the world will hate us. Jesus told us it will happen (John 15:18-21). The ridicule and abuse are not exclusive to the celebrity. It’s just far more prevalent when it involves someone in the public eye. But every day we face similar attacks. We will avoid them only if we compromise or try to tone down the message of the Gospel. Following Jesus is costly. You must decide if He is worth the price and then hold fast to your conviction and devotion to Jesus.

As I survey the landscape of the culture, I see a world I never imagined as a younger man. Suffering for Christ used to be the fate of people in countries far away from me. Persecution has come home, and it is only going to intensify. Right now, it’s only reputations that are being tortured and killed. Soon it will be far worse. If we can’t stop apologizing for speaking the truth when the cost is only financial or social, how can we think we will stand for Christ when it could cost us our lives?

There’s no time left for casual Christianity. To be casual in your relationship with Jesus is to confirm you have no relationship with Him. We must not only proclaim the Gospel, but we must also stand firm in it. No matter the cost. Stop apologizing for speaking the truth. Honor God with your words and your commitment to the message of His Word. Hold fast. Stand firm. Speak boldly for Christ and never back down.