I’ve had an old Margaret Becker song (“Find Me”) stuck in my head for several days.  The lyric for the part playing on an endless loop in my head says, “I’m gonna give away my stereo / Give away my TV / I’m going back to essentials, a chair and a lamp / And the Book that You wrote to me”. What have we given up in our crazy distracting, device-happy, and electronics fueled world? 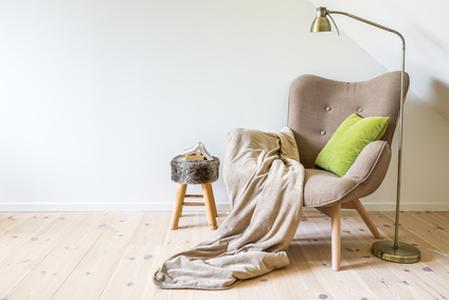 END_OF_DOCUMENT_TOKEN_TO_BE_REPLACED

As I continue to seek ways to simplify my life, I’m amazed at how complex it continues to grow. There seems to be a never-ending flow of demands on my time, opportunities to pursue, and responsibilities with which to engage. I’m going to go out on a limb and guess your experience is similar. We are a busy generation of humans. As I often tell my team at work, being busy is not synonymous with being productive. 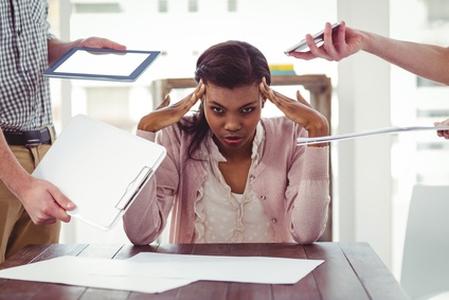 I fear many of us have allowed our lives to become so busy we cannot be productive for the Kingdom. We’re so consumed with the fleeting things of this world we are missing out on the great eternal work left to be done.

END_OF_DOCUMENT_TOKEN_TO_BE_REPLACED

For the past year or so, I’ve been rolling around the idea of minimalism in my head. It is attractive to me as a way of life and seems to fit well within my desire to be a true follower of Jesus. If you are unfamiliar with the term, one website defines a minimalist lifestyle as a life that “is free of complications, clutter, confusion and distraction.” Minimalists live with only what is necessary for their daily needs. There are some who take the lifestyle to the extreme of almost making a religion of it, but I am only concerned with its usefulness as it applies to living a life that is more in tune with Jesus.

Certainly anyone can see that a life that is free of confusion and distraction would be a lifestyle that would more easily lend itself to prayer and quiet times alone with the Lord. I don’t know about you, but my prayers are often distracted by the countless “mental emergencies” that pop into my head. This year I have endeavored to set aside two hours each Sunday afternoon for quiet reflection, study and prayer. My weeks are rather full, as I’m sure you can relate, so the first two weeks of quiet time with God led to about a forty-five minute exhaustion nap creeping into the beginning of my time with God. I feel like Peter who couldn’t even stay awake and diligently pray with Christ when He asked him to. Too often our attempts at extended times of prayer become frustrating because our minds are so busy that we find it difficult to concentrate on the task at hand; or like me, our lives are so busy that that the body only understands slowing down in the context of sleeping.

Surely pursuing a simpler, less complex life could do wonders for our spiritual growth. In fact I see it modeled in the life of Jesus. After embarking on His ministry, it appears that He had no permanent home of his own, or at least not one He visited very often. Perhaps He left His home and belongings behind to model the lifestyle He would require of His disciples. After all, He was a man in His twenties, so He would have surely accumulated some material possessions by this point. Since He walked everywhere He went, he apparently had no means of transportation. When he sent His disciples out, He instructed them to not even take an extra shirt, telling them that God would provide for their needs (Luke 9:3). Indeed, when he taught about living stress free, He told us not to worry about what we will eat or drink, or what we will wear (Matthew 6:31-33). Yet somehow we have reversed that teaching and now fill our pantries and closets to be certain that we will have enough for the foreseeable future. Instead of depending solely on God for our needs, we have come to depend on our paychecks. We only cry out to God to sustain us when we lose our jobs.

All of the “stuff” we accumulate can distract us from focusing on Jesus. We rely on our possessions to provide for our needs. The more we have, the more time and energy it consumes to maintain it. Cars must be washed and repaired, appliances must be cleaned and serviced, and houses must be continuously picked up and organized. Every new thing we add to our list of possessions has ramifications far beyond its purchase in the form of some sort of ongoing time and energy investment. Let me be clear by saying I am not advocating that we all sell our cars, appliances and houses; but I’m not saying we shouldn’t either. I’d honestly rather not own a home than have it become something that gets between me and God. In fact I’d rather not own anything if what I possess distracts me from my pursuit of loving and serving Him. There is probably a happy medium in between somewhere, so that is what I am seeking. I look at those Christians in other parts of this world who are devastatingly poor, yet immensely happy. They have discovered that joy is found only in Jesus, not in their “stuff”. Then I look at all the unhappy, stressed out and defeated Christians in America. We are missing something and I want to find it!

Here’s my challenge to you: take an honest look at your life and see if there are areas where you have come to rely more on your possessions than on Jesus. Begin praying for Him to sustain you each day, and be truly thankful for that provision. Don’t pray over your meals out of habit but rather concentrate on the immense blessing that has been given you. I am embarking on an interesting adventure where I have decided to get rid of five possessions each week until the end of the year. I didn’t count first to see if that is a comfortable or reasonable goal, but I want to see where it takes me and how simply I am willing to live. I want to depend on God each day for everything and nothing else. The Psalmist says that He is our provision. I want that to be true of my life; I want to live a simple life for Jesus, free from distraction and clutter. Following Jesus is simple; it is we who have made it complex. Let’s get back to basics, living a life that depends wholly on Him. Then we can truly be called followers of Jesus.

Jesus lived a life of simplicity. He did not clutter His days with unnecessary baubles, dress extravagantly or live in a huge house with a meticulously manicured lawn. None of these things were important to Him. All that mattered to Jesus was carrying out the mission of God. He lived His life diametrically opposed to societal norms. If we are committed to live a life that looks like His, we need to reflect on how we are measuring up to His simplicity.

We who live in the West live in the wealthiest societies that the world has ever known. Every day we take for granted what others around the world and throughout history have never known. On a typical morning, I will retrieve food from the refrigerator and cupboard, heat it in a microwave oven, and pour a glass of clean, cool water before heading upstairs for a long, hot shower. On a typical morning, half of the world’s population will wake up hungry and remain that way because there is no food; if they can find water, they must often walk for miles to access it, and then it may be anything but clean and cool. They live in filth because there is nowhere to bathe, nor any kind of bathroom facility in their one story, one room, and tin-roofed hut. They live in fear of the darkness because there is no electricity to illuminate their nights.

Yet the multitudes of blessings we find in our typical morning, if we would stop to consider them, are not enough. It’s not enough that we are blessed with comforts unimaginable for half the population on the planet. A typical Western household will have a couple of automobiles, several sets of clothing and shoes, and several pieces of electronic forms of entertainment. By contrast, the typical household for half the world will have no motor vehicle, one set of clothing but no shoes, and no useless gadgets with which to amuse them. Their days are spent working, farming, walking and helping out in their community. Meanwhile, we leave our houses only to go to work, shop or for the occasional barbecue.

Whose life more closely reflects that of Jesus? We have become a people dissatisfied with simplicity. We require excess and comfort. Oh, we’ll follow Jesus, we’ll live as He did, but we’ll do so in the context of the comforts and pleasures of our modern society. Jesus was countercultural, but we live a life of assimilation. An honest look will reveal that our lives look like anything but that of Jesus’ life. He modeled simplicity and we live in complexity. He modeled generosity and we live in selfishness. Yet still we claim to be His followers; still we claim to be striving to live a life that looks like His.

This is about the time when we generally hear the disclaimer of, “Now I’m not asking you to sell everything you have”, from our pulpits. It always amazes me that in almost every church I’ve ever attended, preachers will follow up a convicting statement with another that softens and perhaps even nullifies the first. For example, “You can’t spend all your time watching television or going to the mall. Not that there’s anything wrong with those activities by themselves, but…” So I’m not going to soften the blow here. The rich young ruler (perhaps a forerunner to you and me) asked Jesus what He needed to do to be like Him and inherit eternal life. Jesus told him to sell everything he had and give it to the poor. There was no but, there was no follow up excuse, and there was no retraction later on in scripture.

Jesus wasn’t bogged down by earthly trappings or possessions. He lived a simple life of utter dependence on God. He did not give thought to what He might eat or what He might drink, but rather trusted His Father to provide for His needs. When was the last time you lived in such abandonment? When was the last time you placed that kind of trust in God?

It is no wonder Christ identified with the poor; their lives more closely reflected the manner in which He lived. Can Jesus recognize anything of Himself in our own lifestyles? I am ashamed and convicted by my own surroundings. I am blessed beyond measure and take almost all of it for granted. God forgive me. I want to live a life that looks like Jesus. I want to follow Him in every way. I have the desire, but do I have the will? It is the question I must ask myself, and it is the same question that I ask you. Are we truly willing to live a life that looks like Jesus? Are we willing and ready to walk in His simplicity?