In Matthew 16, verse 24, Jesus tells His followers that “If anyone wants to come with Me, he must deny himself, take up his cross, and follow Me.” It is common among Christians to talk about “taking up your cross”. 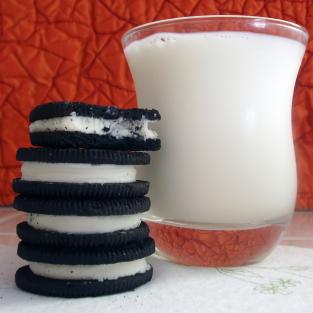 We generally pull that out whenever we are going through some sort of trial. Yet we don’t hear a lot in our modern churches about denying ourselves. It seems we’ve relegated that to the people of the past, the super-spiritual or the mystics. After all, denying oneself is a wholly un-American way to think.

Western Christianity has gotten very good at proclaiming pieces of scripture with which they are comfortable and ignoring the teachings that don’t conform to the American dream. Most of us who grew up in the church heard little about denying ourselves, and when we did receive such instruction, it almost always revolved around things such as sex or worldly living. Subjects such as simplicity or healthy diets are never discussed. Yet Jesus lived a very simple life, free from the snares of possessions and taught us to ask only for our daily bread.

The lifestyles of Western Christians are practically indistinguishable from those who do not follow Jesus. We live in large houses packed with more stuff than we will ever need and eat foods that break down our bodies because we lack the discipline to deny ourselves. Think about it, Jesus said that we must practice denial if we would be true followers of Him, yet we can’t even resist the extra piece of cake of bag of potato chips because we refuse to be deprived of what our eyes and stomach crave. The money we could save by denying our selfish indulgences in food could be better spent providing something to eat for those who are truly hungry. American hunger cannot even compare to the pangs of the starving masses in Africa, India, and around the world. Over a billion people lay starving while we heap our plates with an extra helping simply because we want it. Where is the denial?

As we pursue the American dream, our houses bulge with merchandise that is rarely used and often forgotten. We spend billions of dollars on selfish desires while nearly half the world tries to figure out how to live on less than $2 per day. We spend far more time trying to keep up with the Joneses than we do caring for the masses. The insane amount of money we spend on non-essentials every year could be used instead to further the mission of Christ; to provide Bibles and other training materials for Christians in nations that restrict the Gospel; to feed, clothe and shelter those in need. But we have chosen to ignore the command of Jesus that requires us to deny ourselves, so the world outside wastes away waiting for us to respond.

Denying oneself is never easy; if it were, everyone would do it. Following Christ is hard, but the result of a faithful walk with Him is a life of beauty and an eternal reward. I challenge you to track how much you spend on non-essentials (food, clothing, household items, etc.) for the next three months. I think the results will astound and humble you. We are the people of the cross; we have a higher calling and purpose. Don’t ignore the commands of Christ, and in so doing forsake those who are in such need. Deny yourself and follow Him; deny yourself and change the world.

Question: What can you give up – starting today – for the sake of sharing with those in need?