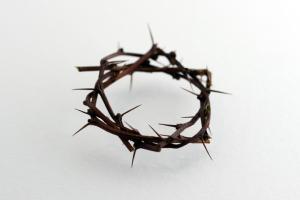 Jesus demonstrated in the most visible way that true love costs everything. Before His death, He prayed that if it were possible to accomplish the mission in any other way that it would be provided for Him (Matthew 26:38-39). In the end, there was only the way of the cross, with its painful betrayals, beatings and humiliations along the way. Love prevented Him from turning away from that brutal path of sacrifice. At any point along the way, Jesus could have said, “It’s not worth it” and been delivered from what He was going through (Matthew 26:52-54). Instead, Jesus perfectly demonstrated the cost of love. When we surrender our lives to Him, we declare our love for Him and pledge that His life will be our model in everything we do. With that in mind, how much is your love for Christ costing you?

Rather than be fully devoted to living a life of sacrifice, most of us in the West live lives that are largely indistinguishable from those who do not follow Jesus. How can this be? Our priorities have gotten distorted through years of bad teaching and even worse Theology. Jesus told those who would follow Him that He had no place to lay His head. In other words, He was homeless. Having a household to manage would have significantly eaten into the time He had to spend on teaching and demonstrating the love of God. Yet we in the Western world spend large amounts of time and even larger amounts of money buying and furnishing houses that rarely entertain the poor, the sick and the destitute. Instead of sacrificing everything for the love of others, we suppress the love we pledged to give in order to fulfill and sustain our own comfort.

When was the last time your love for Jesus cost you anything? This isn’t about giving ten percent of your income and calling it a great sacrifice. What about the other ninety per cent? That would be a sacrifice. We have become so content to cling to our token commitments that we don’t even recognize how trivial they are. Look, the world around us is dying and going to hell. Billions are without adequate food or clothing. Millions are caught up in the horrors of human trafficking. All the while, vast multitudes of Christians are living their lives blind to the tragedies around them, secure in their comfortable lives, convinced that the prayer they said one time in their life has absolved them of all guilt and consequence. I fear the road to Hell will be paved with those who believed they were on a different path based solely on what they thought was truth but in reality was only too easy to believe.

Love costs everything. It doesn’t cost a little, and it doesn’t cost a lot; it costs it all. Are you living your life in a way that demonstrates a Christ-like love to the neighbors around you and to others throughout our world? I have to confess, in far too many ways, I am not; and that simply is not acceptable. Instead of asking what more we can gain, it’s time to ask what more can we give. If you believe you are already giving enough but have some left over, then you are deceived because true love costs everything. Most of us have a sickening mound of “stuff”; we spend more on ourselves than we do on others. Most damning of all, the vast majority of us love our self more than our neighbor. Jesus said that we are to love our neighbor as ourselves (Mark 12:28-31). That is what Jesus meant by love. That is what we aren’t doing. The proof is all around us. We have to love more, no matter what it costs; and make no mistake, it will cost everything.