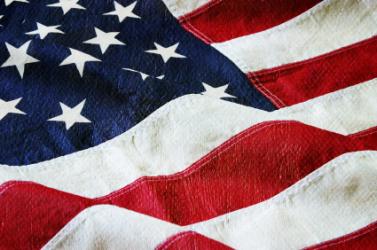 As I write this, we are on the verge of celebrating Independence Day in America. At the church I attended this past Sunday, the walkway was lined with small American flags. As one service closed, they displayed large images of the flag on massive monitors while the people were led in singing “The Battle Hymn of the Republic”. Many were moved and inspired. Personally I felt sick. There was so much wrong with this setting that I barely know where to begin. It was yet another vulgar display of the Church identifying with their cultural heritage as opposed to their spiritual birthright.

The Kingdom of Christ is nation agnostic. Jesus came to break down barriers not to celebrate them. He purposefully travelled into Samaria to teach and heal those who were considered filthy and repulsive foreigners. The apostle Paul spent nearly his entire ministry taking the gospel to countries other than Israel. Neither Paul nor Jesus celebrated the country of their birth. Instead they encouraged people to repent and follow God. Where you are from is of no consequence. Where you are headed is eternally important.

To tie Christianity to any national or political agenda is to pervert the gospel of Jesus; it is to render insignificant the sacrifice of Christ on the cross. Jesus died for all people, not just the citizens of a particular country. The Kingdom of God will permeate the entire earth, not any single region. Americans have no unique identification with Jesus. We are all members of the same pool of sinners that is our world. While many of our foundational laws were based on Scriptural principles, we are also the nation that has condoned genocide, slavery, and infanticide. We have cheered as countless souls have been banished to hell in so called “just wars”.

I am deeply thankful for the freedoms I have in the Country of my birth and I am anything but anti-American. Deeply flawed as it is, I still believe the United States is the best place to live on earth. But I am a disciple of Jesus first and above all else. Being an American ranks somewhere around 287th on my list. It does not define me, nor do I take any identity from the place where I was born.  All that I am is because of, and for, Jesus.

It is uncomfortable for me to celebrate a day called Independence Day. As followers of Christ we must recognize the only point of our existence is to be dependent on Him. Independence is impossible for a disciple. Followers of Jesus should celebrate “Dependence Day” every day of our lives!

Commemorating our national heritage puts us in the awkward position of setting ourselves above those in other countries.  All people are equal in the sight of God (Galatians 3:28). For this and all the reasons above, I think it is dangerous to associate National holidays with Christianity. Our allegiance and citizenship belong to God alone. Wherever you live, I hope you’ll join me in celebrating the countercultural Dependence Day today and every day.