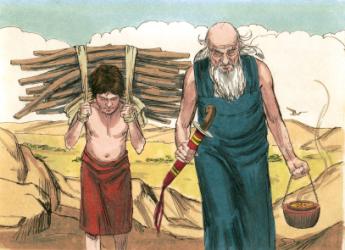 One of the most dramatic stories in the Bible is that of Abraham and Isaac (Genesis 22:1-17). Most are familiar with the details, but allow me to quickly recap. God promised Abraham that many nations would come from him, and that the entire world would be blessed through his lineage. Yet Abraham and his wife had grown old and still had no children. But miraculously, Sarah became pregnant and had a son named Isaac. Fast forward about ten years. God told Abraham to offer Isaac, he and Sarah’s only son, as an offering to Him. After all these years, all that waiting, it now appeared that God would take away what seemed to matter most to Abraham.