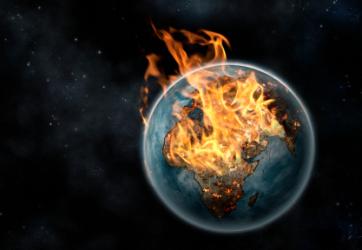 In the book, “Tozer on Christian Leadership”, A.W. Tozer says: “To me, it has always been difficult to understand those evangelical Christians who insist upon living in the crisis as if no crisis existed. They say they serve the Lord, but they divide their days so as to leave plenty of time to play and loaf and enjoy the pleasures of the world as well. They are at ease while the world burns…” I love Tozer. He never minced words and simply told it as it is. The statement above should convict every one of us. We spend so much time planning our lives and virtually none plotting how we will war against the enemy today.

How many of us live in the midst of the crisis as if there were no crisis at all. The crisis is the battle for the souls of mankind. Jesus created us, sacrificed Himself for us, and longs for us to return to Him. Satan hates Jesus and is constantly trying to defeat and cause him pain by luring God’s creation to serve him instead. This is the spiritual battle that wars around us, and has ever since the fall of man. This is the crisis of which we live in the midst. How many of our lives reflect that reality?

We busy ourselves planning our days and weeks. We are scheduled down to the minute. All the while we leave God on the sidelines. Maybe He’ll get an hour on the weekend, and perhaps even 15 minutes over a cup of coffee in the morning. Can you imagine any soldier in history devoting so little time to the battle at hand? They would soon find themselves defeated at best, and dead at worst. We who claim to follow Christ know what is at stake. We know our marching orders and the urgency with which we should be acting as the hands and feet of Jesus. Yet we live as if no crisis existed.

What will it take to shake us from our slumber? Is the truth that we would rather just live believing we have our insurance against Hell sewed up because we once prayed a prayer or walked down an aisle? Is going to church on Sunday and dropping a few dollars in the plate enough of an effort to stave off the attacks of the enemy? Are we doing anything to further God’s Kingdom and change our world?

Theater sized TV’s. Professional sporting events. Overpriced lattes. Fitness clubs. Big houses. Fast cars. Fashionable clothes. Overstuffed freezers. We have every comfort we desire. We work hard to be able to afford the things that give us a sense of safety and comfort. Meanwhile our co-worker is mired in depression, our neighbor can’t feed his family, and the homeless sleep under an open stairwell in sub-freezing temperatures. Worst of all, every day people are going to Hell because we never took the time or put forth the effort to shine the love of Jesus into their lives. We live as if there were no crisis. We are at ease while the world burns.