I recently learned from an article that the city in which I live has more churches per capita than any other city in America. While some might see this as great news, it left a bitter taste in my mouth. Why do we need so many churches? Doesn’t that mean the vast majority of them are horribly ineffective? 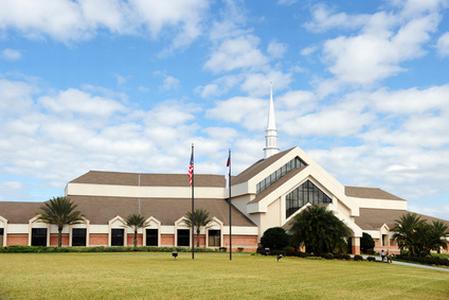 Perhaps even more troubling is the amount of money these churches are spending on rent, real estate, and building projects. When did those things become more important than feeding the hungry, caring for the sick, and providing shelter for the homeless (Matthew 25:31-46)? The Church has become quite efficient spending Kingdom money on things that bear little resemblance to Christ.

One of the largest churches in town spun off a sister church a couple of years ago. Now that group of believers has grown so they longer can all fit in the school where they have been meeting. Their solution was to purchase a parcel of land (located in a highly desirable and growing area) and build a new church there. The cost of these projects is in the millions of dollars. How much more could we serve people with that kind of money if we spent it on their needs instead? How much food, medicine or clothing could be purchased for a couple million dollars?

The New Testament model of doing church was to meet in one another’s homes. It’s what the American church tries to do with their small group initiatives. Francis Chan oversees a network of churches in San Francisco that meets in people’s homes; once per month they gather in a public park to have a joint service and fellowship. The Church in China has exploded largely through and because of small house churches. We don’t need a large building to reach others for Christ. We don’t need fun and engaging programs for your children. All we need is a heart that is broken over those far away from Jesus and the courage to do something about it.

American Christians have so co-opted the culture of corporate America that we think we have to build bigger and bigger buildings to attract an audience that is dramatically shrinking every year. Our buildings are polarizing instead of inviting to others. We build grand edifices to proclaim our favor but share little of it with those beyond our walls, much less beyond our borders. We are silent when we should speak and vocal when we should be humble and still. And we do it all from behind the walls of our sanctuary’s.

We don’t need another church building. We have more than enough to go around. What we need are followers of Jesus who will stop copying the ways of Satan’s world and be willing to stand and say, “Enough!” There are too many churches and not enough disciples. There are too many churches and not enough people willing to live their lives as if Jesus is all that matters. If we loved, served, and obeyed like we actually meant it, we wouldn’t need a church building at all.