Commenting on Aldous Huxley’s quote, “My kingdom go is the necessary corollary to Thy kingdom come”, A.W. Tozer said, “His kingdom can never be realized in my life until my own selfish kingdom is deposed. It is when I resign, when I am no longer king of my domain that Jesus Christ will become king of my life.” Before any kingdom can come to power, another kingdom must be kicked out. 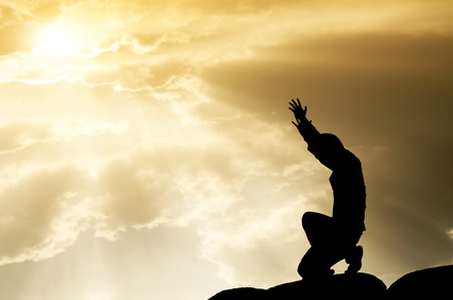 Two kingdoms can never coincide within the same boundaries of another. One is always in power, and all others are subject to it until such time as it is overthrown. The same is true in the soul of every individual. In order for the Kingdom of God to come into my life, first my kingdom must go.

Too often Christians try to live as if they can have a foot in both kingdoms. They commit their lives to Christ, but all too quickly dip their toe back into the world they vowed to leave behind. There is a chasm between the Kingdom of God and the kingdom of this world that is too deep and too wide to ever be crossed (Luke 16:26); we only fool ourselves by pretending we can somehow live in both worlds.

Sadder still, many never realize they are attempting to live such a double life. Seduced by their own selfishness, they allow the cares and niceties of this world to crowd God out of their hearts until ultimately they die without ever really knowing Him (Mark 4:1-20). Part of the fault lies with the Church and their now decades old practice of preaching an easy salvation. We have been taught by raising our hand and saying a prayer, our souls are saved for all eternity. This teaching, found nowhere in Scripture, is recited as Gospel in thousands of pulpits across the world every week. We’ve made the transaction easy when the Bible promises the exact opposite (John 16:33).

Until we seek God first in everything we do, His Kingdom cannot fully manifest itself in our lives. As long as we are holding onto our own dreams and desires our kingdom will continue to reign, not His. Whom would you rather serve, the God who created the entire universe or your own mortal and decaying self? We have little power to do much of anything, but God’s power changes everything!

Before we can pray, “Thy Kingdom come”, we must first pray, “My kingdom go”. Until and unless we release everything and return it all to Christ, our lives will count for nothing. There is no measure that matters except what we do for Jesus. Nothing we ever acquire or achieve compares to the majesty of His glory. His Kingdom will win and yours will be wiped away. In the end, you will lose. The only question left is by whose terms will you be defeated? Surrender your life to Him. Let His love captivate and capture you. Relinquish your futile grasp on your own Kingdom and join His people in building the Kingdom of God. What starts in your life will join with others to spread His Kingdom throughout the world.