I don’t typically write about current event topics. There are enough voices out there clamoring for your ear. I also avoid them so as not to be pigeonholed as leaning in one political direction or another. That’s so useless to me. All I care about is demonstrating the love of Christ to others and living in a way that allows people to see Him through me. I couldn’t care less about much else. 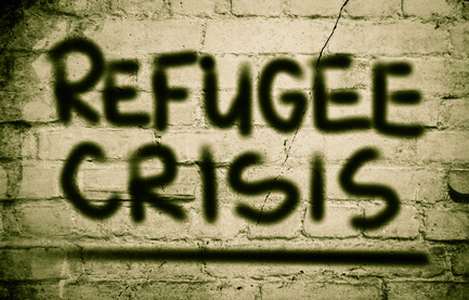 This blog has always been, and always will be, focused on teaching and encouraging fellow disciples to authentically live out their faith. So I had mixed feelings when a friend suggested I write about the plight of Syrian refugees. It’s a hot political topic with opinions raging for and against whether or not they should be allowed into the Country in which I live. But let’s strip away the politics and look at this through the eyes of Jesus.

When Jesus addressed the crowd in Matthew 25:31-46, He told them they would be divided into two groups when they died, groups He referred to as sheep and goats. The sheep were welcomed into His Kingdom and the goats were turned away. The difference between the two groups, according to the words of Jesus, was what they did and did not do. One of the things the “goats” refused to do was to take in and provide shelter for homeless strangers. Another was to care for the sick, and yet another was to give food to the hungry. Refugees from Syria or any other war-torn land fit into pretty much every classification Jesus talked about in this story. I can only conclude sheep would take in refugees while goats would turn them away.

I understand the potential dangers of terrorists infiltrating the refugee population and making their way to our shores. I also have some grasp of the economic challenges an influx of refugees means to any Country. These are valid points to be discussed by the governments of men, but they should get no audience in the Kingdom of God. Jesus didn’t shy away from the cross even though he knew he would be savagely tortured, mutilated, and ultimately suffocated to death. To turn away would have brought a far greater horror for Him. It would mean turning His back not only on His Father, but also on the ones He Created and so desperately loves.

As a follower of Jesus I can see no choice but to welcome the Syrian refugees with open arms, care for their needs, and love them as Jesus loves us. Each refugee is of unsurpassable worth in the eyes of God. He aches for their disposition and weeps over their sorrow. These are men, women, and children just like you and me. The Bible is clear; Jesus says to love them. We need to silence the political rhetoric and focus on the words of Christ because He is the One we follow. We have a choice. We can be the sheep who follow Jesus regardless of the consequences, or we can be the goats who turn away from their brothers, sisters, and ultimately God Himself. True disciples of Jesus have only one path. We are His sheep, and we will respond as He taught us to do by loving our neighbor and caring for those in need.