I’m seeing a disturbing trend in Christendom…  Somehow sin is becoming “okay”. I’m not picking on any individual sin because it’s all equal in the eyes of God. Jesus demonstrated this when He said anyone who has lusted has committed adultery in their heart and anyone who has harbored anger has committed murder in his heart. I don’t think I’d be going too far out on a limb to then conclude, if not for the merciful covering of the blood of Christ, we would all be adulterers and murderers in the eyes of God. 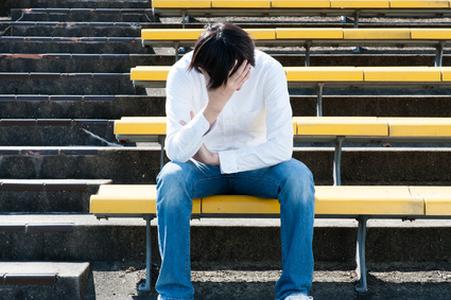 I say this to make it known up front I am the worst of sinners. What’s worse than an adulterer and murderer? So I am throwing no stones at any other sin or sinner. My only premise is it should never be acceptable or even possible for a Christian to find sin acceptable. Sin is not okay.

Unfortunately, we’ve all seen prominent ministers become involved in things that bring public shame and do great damage to the mission of the Church. In every case I can remember, these individuals – at least initially – expressed great remorse for their actions. They knew what they had done was wrong and had sullied the beautiful character of God.

In our day, tolerance has become the word, and we seek to never condemn anyone for sins they have committed. Since we all struggle with some sin or another, it is wise to be compassionate and empathetic when a brother or sister is caught in sin. We should do everything we can to help them restore a right relationship with Jesus, just as we would hope they would do for us.

But tolerance must never cross the line of compromise. We are called to be separated from the world, not to be acting in concert with it (1 John 2:15-17, 2 Corinthians 6:15-17, James 1:27). I recently saw a story of a Christian in ministry who made a public announcement of their sin. Instead of asking for forgiveness and help from the Church, he instead asked for the understanding and support of those who supported his ministry. Although the sin would lead to divorce from his wife, he said she was being very supportive of his choices, which included continuing in his sin. How can this be? How can someone profess to follow Jesus and think this is acceptable behavior?

Personally, I see this as a blatant stance of rebellion, one in which the perpetrator feels no remorse and shows no signs of repentance. This is a most serious and dangerous position. It’s saying they know better than God does what is best for them. It is putting themselves in the place of God. Certainly we must pray for this individual and all those like him. And we must be ever vigilant to not allow ourselves to go down this same path.

We are called to love everyone, regardless of what they have done or are currently doing; but we must never take it to the extreme of thinking behaviors that violate God’s instruction are acceptable. As long as we are alive, the unfortunate reality is we will continue to sin. Thankfully there is grace, mercy, and forgiveness when we are sorry for and turn away from our transgressions. But we must never forget sin is not okay.