I wrote a recent post about the upcoming Presidential election (see “Trump or Hillary?”), and I don’t want to belabor the point. Or maybe I do. The fact is Christianity is on the decline in America because people who call themselves Christians have misplaced their focus and lost their direction along the way. The upcoming election doesn’t matter. Your 401(k) balance doesn’t matter. 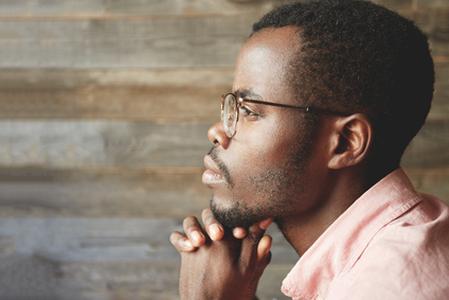 We’ve got to get serious. If you choose to be a disciple of Jesus, your life is about the mission of Christ. Period. It’s about building the Kingdom of God here on earth. It’s about living a life that looks like Jesus. In other words, this life is not about you. It never has been and never will be. By choosing to be a disciple, you are admitting your life doesn’t matter; only Jesus does. The mission of Jesus is not dependent on your bank balance or social status. Kingdom building comes down to your level of obedience to the commands of God.

So it follows whoever wins the White House doesn’t matter. Sure, some of the laws might change in ways we don’t want or feel are in line with the Kingdom of God, but never confuse your preferences with God’s standards. The Kingdom of God looks nothing like the American dream. It looks nothing like America. While I love and appreciate the freedoms I’ve experienced living in the USA, ultimately what becomes of this Country doesn’t matter. To a disciple of Christ, all that matters is Jesus.

While the inconsistency of our focus might be especially highlighted during times of an election or any major national event, it’s nothing different from what we deal with on a daily basis. Most of our time is spent building careers, building retirement accounts, and building our social standing. Far too little is spent building God’s Kingdom. The proof is in how little the world resembles Heaven. We are spending all our time on the wrong things. We are devoting our energy to what doesn’t matter.

Disciples of Jesus already recognize He is all that matters. Now it’s time we start living like we believe it. Enough of the useless conversations and petty annoyances. There is so much more at stake than who might be President, where we live, where we work, how much money we have, or what friends, family and strangers might think about us. None of it means anything; none of it matters. Unless we are living on mission for Jesus, loving and serving others, then we are living a life that doesn’t matter. We weren’t called to be happy and get all we could while on earth. We weren’t designed to belong to one political party or another. We were created to matter. We were created to reflect the glory of God onto the lives of all those around us. We were called to bring His Kingdom to existence on this earth. That is God’s will for your life. That is His mission for you. It’s all about Jesus and nothing else matters.