It doesn’t matter where you’ve been or what you’ve done. God can and will still use you if you let Him.  The Bible tells us even though we fall seven times, we can still get back up (Proverbs 24:16). Too many people use the failures of the past to disqualify them from the victories in their future.  If you are still breathing, God can still use you. 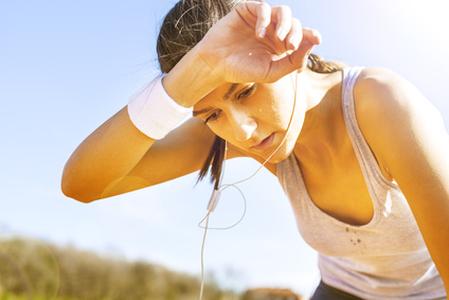 No one is too low or too damaged to build the Kingdom of God. We limit ourselves by thinking God could never use someone who has done the things we have done. Since we can’t stop sinning, we think God has surely turned His back and run the other way. But these are just lies Satan loves to tell us.

If you are alive, you’re not done, so stop acting like you are. When the devil tries to drag you down and weave discouragement into your mind, remind him you’re not dead yet. Let him know every breath you’ve got left will be spent building God’s Kingdom and making sure Satan gets what’s coming to him. You’re never too old, too broken, too sinful, or too worn out to make a difference in this life. God is seeking those who are willing to be used right now. He’s not looking at your resumé; He’s looking at your heart. The only question God has for you is, “Will you serve Me right now?” He’s not asking if you served Him in the past or even if you’ll serve Him in the future. He wants you right now, at this very second. Nothing you’ve done or ever will do matters; only what you choose in this moment of your life.

God used David after he committed adultery and murder. He used Samson after He betrayed God. Although he spent years persecuting and killing those who followed Christ, Jesus used Paul to spread the gospel throughout the world. Peter lied about knowing Jesus but went on to be the powerful leader of the early Church. There are countless stories throughout history of men and women who had led wasted lives, done despicable things, and defamed the name of Jesus only to later become great warriors for the Kingdom. The same can be true for you.

You’re not dead yet. You have a purpose waiting to be fulfilled. Only you can accomplish the work God has given you to do. It’s never too late to begin. You can never fail so much to disqualify yourself from service. But you do have to take action. You do have to make some changes in the direction you’ve been heading. You’ve got to say “yes” to Jesus, and “no” to the lies Satan has been telling you for far too long. It’s time to wipe the scales from your eyes and shake the shackles from your wrists. It’s not too late. You’re still alive. You can choose to live the rest of your life serving the One who loves you most. Wake up, stand up, build His Kingdom and remind the enemy you’re not dead yet.