Over the past couple of posts (see “In the Presence of God” and “Bible Study”), I’ve been looking at some foundational aspects of following Christ. We’ve discussed prayer and Bible study, which are the linchpins in getting to know God. Today I want to wrap it up by focusing on what I see as the third, and perhaps most important, tenet in living a life wholly devoted to God: practicing obedience. 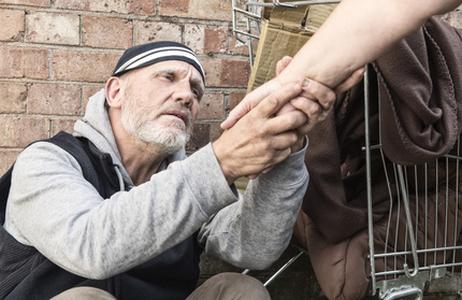 The reason I feel this might be the most important aspect of developing your relationship with Jesus is because the other two concern learning who He is and what He’d have you to do. Practicing obedience is all about taking what you’ve learned and putting it into action.

Obedience to God won’t buy you a proper relationship with Him. You can’t work your way into Heaven. But your obedience is a part of it. What many miss is salvation is a process, not a dramatic one-time occurrence. Praying a prayer won’t save your soul, not if it’s unaccompanied by a complete change of heart and a life reflecting your new direction. Changing your behavior to align with Biblical concepts won’t gain you an eternity with God if you neglect getting to know who He is and understanding His character. Practicing obedience to His Word takes your prayer of confession and makes it real. A relationship doesn’t exist unless there’s evidence of it. Our obedience is the evidence of our faith.

In Paul’s letters, he describes salvation in three tenses: we were saved, we are being saved, and we will be saved (Titus 3:5; 1 Corinthians 1:18; Romans 13:11). He didn’t discuss salvation as a one-time occurrence to which we could point. Salvation is ongoing. A person who surrenders their life to Christ will then prove they were serious about their commitment by then submitting to Jesus as Lord, and living their life as Jesus lived His. Again, let me stress, our obedience to Him is the proof of our salvation, not a prerequisite for it.

Those in the early church were called Christians because their lives so resembled Christ. Christian means “little Christ”. In the first century, it would have been ridiculous to differentiate between a Christian and a disciple, because Christians understood following Jesus meant they would be obedient to Him. It causes me great sadness to know this is not the case today. Christianity has become such a generic term it is almost devoid of meaning.

Being a disciple of Jesus requires practicing obedience to His Word. All Christians, without exception, should strive to be disciples. Reading God’s Word informs us who He is and helps us understand His character. Spending time in prayer with Him builds our relationship with Him, and humbles our hearts to a point we are ready and eager to do whatever He asks. Practicing obedience is the natural next step in our relationship. Who doesn’t want to please the One who means the most to them? We are saved by His amazing and unending grace and mercy, to build His Kingdom, by practicing obedience in accomplishing the work He designed us to do (Ephesians 2:8-10). Pray, study, obey; these are the hallmarks of a disciple of Jesus. Are you ready to begin?