Recently I was reading a challenge I thought was so good I had to pass it along. The challenge was to think of all the ways you attend church on auto-pilot. Most tend to park in the same spot, sit in the same seat, and talk to the same people. We don’t even think about it. So, what could you do differently next week to step out of your comfort zone and do something you have to think about rather than coast on auto-pilot? 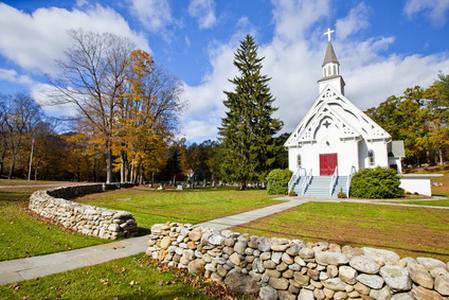 What if you reached out to someone you’ve never met and struck up a conversation? What if you gave up your favorite parking spot so someone else could have the shade? Most of all, what if we made the point of our worship all about Jesus?

I am among the masses of people who are guilty of treating the weekly church service as something that should appeal and even cater to me. I have made myself the focal point of worship. It’s uncomfortable to realize and say, but I can’t deny it. When we make church about us instead of Jesus, we have put ourselves in His place. If you’re like me you’ve done this for so long you didn’t even recognize it’s what you are doing. In our instant gratification culture, we quickly abandon anything which doesn’t bring us comfort, entertainment, or value. This might be acceptable for many things in life, but it completely misses the mark when it comes to church.

Originally, Christians gathered together because they were crazy in love with Jesus. I know this because they risked torture and death to meet together. Nothing could stop them from talking about Jesus and serving one another. There are still many places on earth where believers still gather for this reason, under the same threats as the early church. In the West, we don’t have much to fear when going to church. We can worship however we choose. Somehow, with all this freedom, we have lost the very point of worship. We’ve made it less about Jesus and more about us.

Doing church on auto-pilot is dangerous. It smacks of being lukewarm to the point Jesus will vomit us out of His mouth (Revelation 3:16). Mediocrity makes Jesus sick. After all He’s done on our behalf, He would rather us reject Him than pretend to accept Him but live as if we don’t. Look at all the examples in the New Testament where He told people to follow Him. Some followed without hesitation. They dropped everything, left their families behind, and followed Jesus at the expense of their comfort, entertainment, and security. We know their names. These were the disciples of Jesus. Still others made excuses and rationalized why they couldn’t follow right now (Luke 9:57-62). We don’t know their names. They were left behind.

Would you rather be a disciple whose name is known by Jesus, or left behind to spend forever in your anonymity with Satan? Satan doesn’t care what your name is. He holds you in no regard. You are at best a pawn to deflect glory from God. You are at worst nothing more than garbage to him. This may seem like a long leap from doing church on auto-pilot. You may think I’m going too far. I don’t think I am. We’ve got to move from a checkbox mentality of living the Christian life into an unbridled great adventure. Jesus isn’t looking for those doing church on auto-pilot. He’s not looking for men and women to be content on auto-pilot for anything. He’s looking for the ones who will challenge the status quo, step out in faith, and give all glory to Him. We need more people like that. Will you be one?