How do we as followers of Jesus show up in a world that seems to have lost its collective mind? I avoid the news as much as I can because for at least the past forty years it has been driven by advertising dollars, political agendas, and sensationalism. It’s all but impossible to discern truth in what is being reported. There is so much noise and distortion it will deceive and distract you. You don’t have to avoid the news and social media as I do, but I will say you watch and listen at your peril. 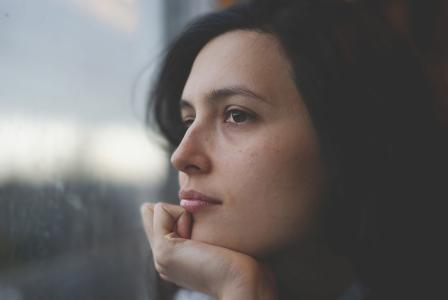 As Kingdom people, we mustn’t get caught up in the salacious stories and agendas of the media and politicians. Everyone has a bias and an underlying motive. Ours should always be a bias towards loving every man, woman, and child, with the underlying motive of sharing the incredible news of the gospel with them.

Part of the reason for the mess in which we find ourselves is because people claiming to be Christians have stopped doing the work He gave us to do. We chose sides on the political spectrum and aligned ourselves with a culture focused on outward success rather than inward contentment. For too many years, we as the church allowed the world to spill into us instead of pouring God’s love onto those around us. Now we face the consequences of our choices. The church is marginalized because of their ineffectiveness and unwillingness to stand against the downward spiraling morality of the day.

But Jesus told us to work as long as there was light (John 9:4). Since He has not yet returned to claim His bride, we can still re-establish what we have lost. We can still stand against the tide of culture and proclaim the matchless love and beauty of Jesus. There is still time to point the lost and hopeless to the hope found only in Christ. This will not be easy work. We have dug ourselves quite a hole. But there is still daylight, and there is still work we need to do.

If we will love our neighbors as much as we love ourselves, change will occur, and we will build the Kingdom of God here on earth. If the Church will come out from behind its insular walls and be the hands and feet of Jesus in their community, lives will change, and souls will be saved from hopelessness and despair. It’s not too late to allow the light of Jesus to shine through us and into a dark and desperate world.

We can sit around lamenting the state of the world or we can engage in our God-given mission to impact the world with His love. If we are idle and watch the world through the eyes of a spectator, then we have every right to lose hope. Should we as disciples of Jesus fail to take up our respective crosses and carry them out into the world, then we will get the society we deserve. We will see evil win battle after battle because God’s people do nothing and concede His truth and morality to those whose eyes have been blinded by the devil. People of God–it is time we rise and stand for the truth we know. It is time to be bold and to have courage. God’s arm is not short. He will sustain us. He is with us. Are we with Him?