One thing I love about the Bible is also the same thing that makes me uncomfortable. It’s the fact there are no exceptions to the commandments of God. We don’t get to rationalize about our sin to help us feel better about ourselves. Jesus said He is the way, the truth, and the life, and the only way to have eternal life (John 14:6). 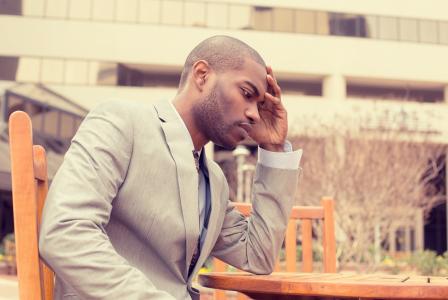 The apostle John enjoyed a special relationship with Christ during their time together. John often refers to himself as the “one whom Jesus loved”. John understood the heart and mission of Jesus. In his first epistle to the churches, John wrote, “If anyone loves the world, love for the Father is not in Him” (1 John 2:15). He even gave us some detail about what it looks like when we love the world: “the lust of the flesh, the lust of the eyes, and the pride in one’s lifestyle” (1 John 2:16). I’m confident this list covers us all on a daily basis. Which begs the question, if we love the Father, why are we not obeying His commands?

A huge problem with Christians in the West today is we watch things we shouldn’t watch, listen to things we shouldn’t listen to, and do things we shouldn’t do. We know the commands of God, but we find ways to convince ourselves we’re not really breaking them. We’ll be careful what we watch, except when it’s our favorite actor or actress. And we’ll be diligent about what we listen to unless it’s one of our favorite artists or comedians. We’ll even mind what we do anytime we’re not engaging in those things we love and have always done. Anything else, though, we’re good. Those are our only exceptions. We conveniently forget the Word of God gives no exceptions.

If you are around my age, you grew up in a time where the phrase “carnal Christian” began to be bandied about. It became an easy excuse for those who professed to believe in Jesus but weren’t living according to the commands of God. You know, they were living as if they were the exceptions to the rules. Again, there are no exceptions, and there is no such thing as a carnal Christian. You won’t find that concept in scripture, and you won’t find any “carnal Christians” in Heaven.

Paul gave us a great measuring stick for what we should allow into our eyes, ears, and thoughts. He said whatever is lovely, honorable, pure, just, commendable, worthy of praise, and full of moral excellence–dwell on those things (Philippians 4:8). If you are questioning whether you should watch, listen, or do what you are about to, compare it against Paul’s list. How does it measure up? Will it build the Kingdom of God, or will it allow Satan to construct a stronghold for himself in your heart? Remember, anything that is not of God is of the devil. There are no exceptions. Spend your life in service and obedience to Christ. It’s what it means for Him to be the Lord of your life.