How has the Western church fallen so far away from biblical truth? Few seemed to pay attention to the voices of those warning the church was sliding into compromise with the world over the last fifty years or more. I was having a discussion with a recent Bible college graduate and I asked him if his particular college, which has long had a reputation as a solid institute, was still standing firm on the Word or if they were suffering from the cancer of wokeness inflicting most of our colleges and seminaries these days. 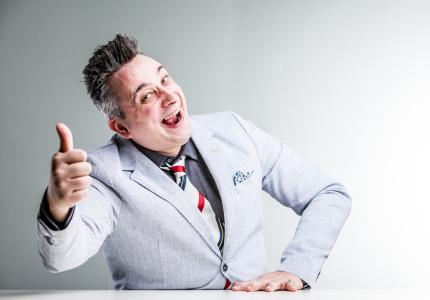 His response was the professors were solid, but the student body was drifting rapidly into liberalism. My friend then commented that he felt the problem was there was truth on both sides and people were prone to swing too far in one direction or the other. I submit it is this kind of thinking that got us into the mess in which we now find ourselves.

On the one side, we have God’s Word, and on the other side, we have the wisdom of man. Any blending of these two sides will cause a dilution of the truth, because only God is true. We have no truth without Him. Thus, trying to find the middle ground between God’s truth and man’s wisdom will always result in compromise. Indeed, this is the anatomy of compromise.

In the 70s and 80s, it was music. We thought the hymns of the past would no longer speak to the youth or draw in a younger audience. So, we compromised the truth by allowing the music of the culture into the church. I admit to embracing it wholeheartedly. It’s funny how years later, when I sit down to study my Bible, it is those old hymns I put on, not the music of the culture. I have no issue with dedicated Christians making scripturally sound music in any genre. I love being able to listen to sincere Christians perform everything from hymns to heavy metal. But the music of the Church is always intended to be congregational and a means of building the body and glorifying our King. Above all, the words we sing must pass the muster of God’s Word. We sing songs about God to God because He alone is worthy.

In the 80s and 90s, consultants told churches they should run more like a business if they wanted to grow and expand their congregations. Churches replaced pastors with CEOs and elders with glorified non-profit boards. Volunteers became employees, and the machine kept on churning. The Christian book and music industries sold out to secular conglomerates and lost the heart of their mission. They sold their souls to chase profits.

In the past twenty years, the emphasis has been on diversity and inclusion, both tenets of the man-made philosophy of Critical Race Theory. Once again, the Church has sought to co-opt the so-called wisdom of man into the truth of God. Dark and light cannot occupy the same space (2 Corinthians 6: 14). It’s been a slow slide to get to where we are now, but every step along the way has been marked by the thoughts of it being okay to integrate what was happening in the world into the Church. As followers of Christ, we are called to be different and not to live as this world does (1 Peter 2:9).

If we look exactly like everyone else, then what is the point? How will the gospel of Jesus be proclaimed? We do not need the “wisdom” of mankind. We need the love, truth, and hope of Jesus. We do not find truth on both sides. There is only truth in God. If Jesus is your Lord, there is no room for the things of this world in your life. They are not allowed.

A church that loves the things of this world is not a church because they don’t love God (1 John 2:15). We find the anatomy of compromise in our desire to find truth in our preferences, logic, and pride. God will not stomach such rebellion and will vomit us out (Revelation 3:16). The call today is the same as it has always been: repent, for the Kingdom of God is at hand. Live for your King without compromise. He’ll be back soon.