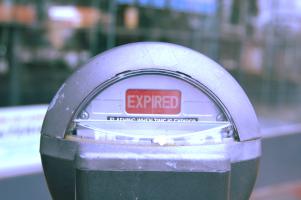 Expiration dates are a good thing. They keep us from eating food that is too old or taking medication that is no longer effective or perhaps even toxic. An expiration date provides a healthy guardrail to protect us from the ill effects of a product that has outlived its shelf life. While this is a good thing for certain products and foods, too many people apply an expiration date to their lives. They feel their time has passed and that God can no longer use them, or perhaps they missed their opportunity and have now done such awful things in their life that they could never be useful to God. Nothing could be further from the truth; we were not created with expiration dates, and any thoughts to the contrary are simply lies of the devil.

By far the most popular expiration date argument is that “I’m too old”. These people think that their best years are behind them and they missed their chance to serve God. The Bible is full of examples to the contrary. Abraham was 100 years old when his son Isaac was born to his 90 year old wife (Genesis 17:15-21; Genesis 21:1-6). Through Isaac, the nation of Israel, God’s chosen people, was born. Surely if anyone was on the wrong side of an expiration date it was Abraham and Sarah! How many 90 year old women do you know of giving birth? While they may have been old by the standards of the world, God chose to use them anyway. God’s power overrules the expiration dates we place on ourselves.

Another popular argument is “God could never use someone who has done the things I’ve done”. Really? Again, the Bible is filled with stories that would say otherwise. King David was the richest man in the world; he had it all – money, possessions, women and power. Yet apparently the extravagant lifestyle wasn’t totally fulfilling. One day he saw a beautiful woman that he desired (2 Samuel 11). It didn’t matter she was the wife of another man, he had her brought to his palace and he slept with her anyway. Afraid of being found out by the woman’s husband, he ordered that the man (a soldier in his army) be sent to the front lines of battle, a sure death sentence. So not only did David sleep with another man’s wife – even though he had several wives of his own – but he then had the man killed. When David eventually repented of His sins, God forgave him and used him to do great things for the glory of God.  David’s life was a mess, and in direct rebellion against God. But again, God doesn’t put an expiration date on people; He can and will use them regardless of their past circumstances.

What artificial expiration dates have you set in your own life? Have you let dreams die because you feel the moment has passed? Do you think your usefulness is no longer possible because of your age or perhaps the things you have done in the past? The truth is if we are setting expiration dates on our own life, what we are really doing is making excuses. God doesn’t set an expiration date which means they are our own creation. It’s easier to exempt ourselves from service by falling back on our phony excuses. God isn’t interested in your reasons why you can’t serve Him. He knows better and He is calling your bluff. You’re never too old, you’re never too bad, and you’re never too used up. God can use you regardless of where you’ve been, what you’ve done, or how long you’ve lived. The question isn’t whether or not you are able, but rather if you are willing. God doesn’t set expiration dates. Do you?