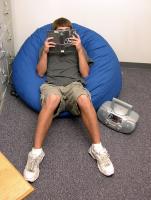 Too often the modern church, particularly those of us in the West, run around like a bunch of immature teenagers. We are convinced that our way is the only right way. We know what we want, and we want it right now! Convinced that we know all there is to know, we pontificate and lead the masses astray. Paul admonished the church in Corinth that even though they had been instructed in the ways of Christ, they were still immature (1 Corinthians 3:1-3). It seems we’ve learned little in the 2,000 years since Paul wrote that letter; we are still like babes, selfish adolescents in His Kingdom.

In the culture in which I live there is little difference between Christians and non-Christians. They strive for the same things in life: a nice house, a nice car, and enough cash to live comfortably and not have to worry. Our churches are run like businesses rather than houses of worship. We worry more about the bottom line than the needs of our neighbor. Despite all the blessings of God, we remain immature, selfish and jealous. Churches jockey over who has the best programs or who can boast of the most “members”. Really? I always thought being a child of the King was the only membership that actually mattered. It’s a sick and sinful cycle that leads to emptiness and death, but we are proclaiming Jesus all along the way.

We all need to grow up; we need to become the people God has created us to be.  Jesus didn’t call us to be self-centered people attending inward-focused churches. Rather, He called us to be others-centered, joining together as the Church to reach out to the entire world. Yet still we are content to be the spoiled teenager demanding the keys on a Friday night. We’re invincible and we just want to do things our own way. Translation: we are weak and immature, and we are fools for rejecting the life Christ longs for us to live. When are we going to wake from our stupor, repent of our idiocy, and begin to grow into mature believers?

It is my fear that as long as we continue to teach a watered down Jesus to a world that is desperately seeking a Savior we will continue to wallow in the milk of infancy. We present altar calls for any who will come to accept Jesus, but we never tell them what such a belief is going to cost them. We never explain the sacrifice required to follow Christ. Instead we are content to add another tick to our tally of souls won for Jesus. As a result we add yet another child to the nursery of Christianity instead of a mature follower who is ready to battle the forces of evil on behalf of a Holy King.

Two thousand years ago the body of believers was chastised for their immaturity and unwillingness to grow into the people God created them to be. Two thousand years later, the picture is the same. What will we say to Jesus when we stand before Him? How will we explain our lack of growth, wisdom and understanding? How will we account for a life that was blessed with every opportunity but cursed by our own apathy and greed? The world around us is dying without the knowledge of the Savior. People are starving; children are wasting away from disease and thirst. Men and women will sleep on the street tonight because no one has offered them a bed. And we, the church of adolescents cannot be bothered with their problems. We’re too busy taking care of ourselves.