The goal of every Christ follower is to live as He did. When others look at us, there should be no doubt that we are imitating Jesus. While I don’t have the data to back it up, I’m confident most people who are truly passionate about Jesus would agree with that. I am just as confident that most of us have no idea what that really means. 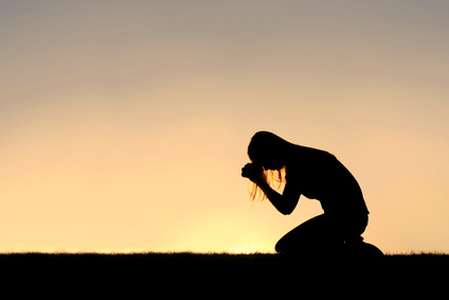 I know that because if we did, we wouldn’t be confusing Christianity with the American dream.  Do you really want to know what it looks like to imitate Jesus? It’s all right there in the New Testament of the Bible.

Jesus came from poor and humble beginnings. He was born in a stable and things didn’t get a lot better from there. He grew up spending long days learning the carpentry trade. This is difficult, heavy work, with hours on end spent breathing more dust than oxygen. He spent the vast majority of His life toiling in anonymity and yet we have no record of Him ever complaining about it. He didn’t mind serving others. In fact He devoted most of His time on earth doing just that without any fanfare at all. He didn’t seek the spotlight, it just happened to come to Him in the last years of His life.

Jesus suffered from hunger and thirst and He got tired. He often became so exhausted with the needs of those He served that He would have to withdraw to a solitary place to be alone and recharge. He accomplished this by spending His time alone in prayer, talking with His Father.

Jesus was poor. There are no indications He ever had much money. In fact He told His followers that He had no home to call His own (Matthew 8:20). He relied on the kindness of others to provide food and water for Him as He travelled from town to town proclaiming the truth of His Father and His character. He spent more than three years walking countless miles from town to town. He was dirty, dusty, and I imagine a little smelly. He wasn’t afraid of meeting people where they were, always coming to their level rather than exalting or trying to draw attention to Himself.

He told people the truth about God and was ignored, ridiculed, and persecuted for it. He didn’t whine. He didn’t complain. He simply continued on His mission, doing the work His Father gave Him to do. Those in power wrongly accused Him, abused Him, and treated Him like a useless slave.

That was the life of Jesus. How closely are you imitating Him? I confess my life looks nothing like this. If we are intent on imitating Jesus, we must stop seeking our own welfare first. We must serve others regardless of the cost. And we must stop complaining about the petty annoyances of our over-comfortable lives. Jesus had one mission: to love and serve others; and He did it perfectly. It’s time all of us who claim to follow Him begin imitating Jesus. He gave everything for us. What are we giving in return?