While some of our readers in other Countries might be unaware, it is hard to escape the fact in America we are in an election cycle. As with every cycle, there is an emphasis on candidates trying to win the “evangelical Christian vote”. Prominent Christian leaders come out of the woodwork to endorse one candidate or another, espousing why one follows Christian principles, while another does not. 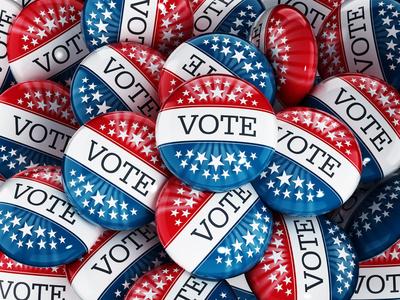 I saw a quote from a Christian musician I have held in high esteem that said, “You cannot be a Christian and vote for {candidate X}.” That made me really sad.  As someone who used to be heavily invested in political things, I understand the fervor and rhetoric. But almost thirty years removed from those days, I now have much greater clarity.

The Jews in Jesus’ time were looking for a political leader to be their Messiah. Jesus was a huge disappointment to them. Instead of exerting His power over the national conscience and culture, He was indifferent to the swirling political winds of His time (Matthew 22:20-22, Luke 12:13-14). Jesus came to seek and save those who were lost (Luke 19:10). He came to redeem, not condemn (John 3:17). Politics and religion have no power to set free the hearts of men. Only Jesus can do that.

So looking at the slate of candidates vying for their parties’ nomination, which presidential candidate looks most like Jesus? Well, actually, none of them. Each candidate is espousing what they will do for you, why they are the answer. No politician will ever solve your problems and no politician is the answer. Jesus is the only way to truth and to life (John 14:6).

None of the candidates are talking about how we should each be serving the needs of those less fortunate than us. No one is talking about putting our weapons aside and loving our enemies. Which candidate’s platform is based on feeding the hungry, clothing the poor, inviting the homeless into their homes, visiting those in prison, caring for the sick, and providing clean water to third world nations (Matthew 25:31-46)? Even if you could make the argument your particular candidate is campaigning on these principles (and I don’t think you could), could you say they were doing it only so God would be glorified?

Until we recognize we belong to Jesus and our citizenship is in Heaven, we will continue to be frustrated by our government and the society which surrounds us. This world is not our home (1 Peter 2:11-12), and you should be very afraid if you ever begin to be comfortable living in it. Do your civic duty and cast your vote, but realize no matter who wins will not affect your ability to love Christ and others. It might be less convenient or less comfortable, but no man can stop the power and message of Jesus. The man or woman in the White House can’t stop love and they can’t stop God.

Stop trying to figure out which presidential candidate looks most like Jesus. None of them do and it doesn’t matter one bit. All that matters is Jesus and what you do for His glory. You can cease worrying about the election and the Country. It isn’t what we’re called to do. Let’s get busy building the Kingdom and serving others in Jesus’ name. God will take care of the rest.