Most Christ-followers are familiar with the Biblical command to tithe the first ten percent of their income. We can debate the various nuances of the tithe – and we will in an upcoming post – but today I want to discuss giving beyond the tithe. Some struggle with the concept of even giving ten percent back to God, so talking about giving even more may be uncomfortable. 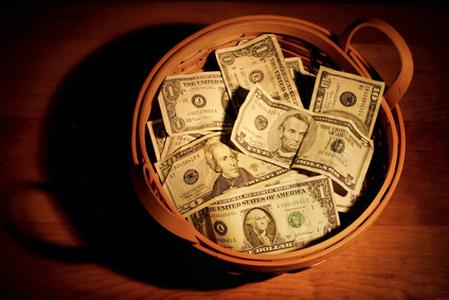 If you are in that camp, please don’t tune out yet. These articles aren’t long, and I believe it will be worth five minutes of your time to take away something to chew on. Giving beyond the tithe isn’t mandated in Scripture, but there are enough examples to make it something we should consider.

The most obvious entry in the New Testament advocating giving beyond the tithe comes from the early Church. It says in Acts 2:44-45 the members gave all they had to support the work of Christ and the body of believers. They didn’t give a portion. They gave everything. This is radical generosity in its highest form.

When the rich young ruler asked Jesus what he needed to do to get into Heaven, Jesus told him in addition to keeping the commandments, he needed to sell everything he had and give it all to the poor (Luke 21:1-4). There are many applications we can glean from this encounter, but we certainly can’t ignore the face value of the lesson.

Another time, Jesus watched a widow put all the money she had into the offering for the temple. He remarked to His disciples her gift was greater than the larger amounts given by the wealthy (Mark 10:17-22). As with the story of the rich young ruler, many lessons can be extracted from the widow’s actions and Jesus’ comments.  But again, we cannot brush off the most obvious lesson.

In His famous parable of the sheep and the goats (Matthew 25:31-46), Jesus said the difference between the two was based on what they did and didn’t do. Much of what they did required both time and financial resources. You can’t feed the hungry, take care of the sick, clothe the poor, or house the homeless without some sort of financial investment. These are actions which will quickly exceed the ten percent tithe.

No one has ever been more generous than Jesus. He gave freely of His time despite knowing how limited it was. He gave freely of His power, working numerous miracles on behalf of a people in need. And He gave freely of His blood, spilling every drop for you. What if He would have stopped at giving only ten percent? How might history be different, or even more specifically, how might your own life be different? For Jesus, giving wasn’t something to be measured, it was simply something He did. Jesus didn’t stop at ten percent for you. Why would you do so for Him? It’s time we all gave serious thought to giving beyond the tithe.