One of the most amazing things about God is the way He allows us to choose the way we will go. He doesn’t force us to love Him, to serve Him, to follow Him, or even accept Him. He says, “Here I am. What will you do with Me?” Such humility from anyone is admirable, but from the Creator of all things is incomprehensible. In Philippians 2:5, Paul urged those seeking to follow Jesus to “Make your own attitude that of Jesus Christ.” 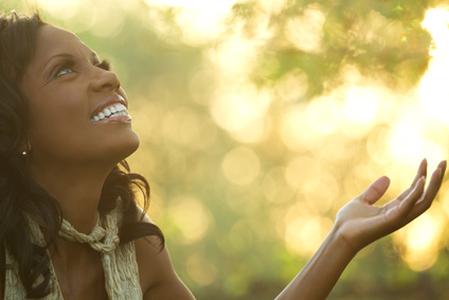 Every day, you get to choose; you get to make your own attitude. Nothing is preordained. Nothing is prescribed. The God of love and freedom leaves the choice to you. He will accept your decision, but He longs for you to come to Him.

When Paul instructed each believer to “make your own attitude that of Christ Jesus”, he meant for each of us to pattern our lives after Christ. What was the attitude Jesus chose for Himself?  Even though He was God in the flesh, He didn’t use this to His advantage (Philippians 2:6). He didn’t use His God-given ability to overcome His humanness. Jesus allowed Himself to experience grief, pain, and heartbreak. He didn’t demand loyalty from those He created but rather took on the role of their slave (Philippian 2:7). Jesus always sought to serve rather than be served. He demanded nothing but offered everything.

Jesus chose to act with absolute humility. He had legions of angels at his beck and call, but He chose to submit to the authority of finite men. He let them slap Him, spit on Him, torture Him in ways almost unimaginable, and ultimately allowed them to put Him to death. Not once did He lash out in fear, pain, anger, or vengefulness while they beat Him to a bloody pulp and drove spikes through His hands and feet. He chose the attitude of humility and submission to God throughout His life. He never deviated from the mission. Not once did Jesus act contrary to the work He was sent to execute. He was flawless in both performance and humility.

How well do you think you would have done in Jesus’s position? Would you have held your tongue in the face of false accusations? Would you have pridefully spewed how much better you were than they, and what a mistake they were making? Could you have resisted calling on the forces of 10,000 angels to save you from horrific torture and death? What attitude would you have chosen? Jesus chose humility, and for it, He was exalted by His Father and given a name above every other name (Philippians 2:9-11). Every knee will bow at the name of Jesus. The humble Servant has become the triumphant King.

Now it’s your turn. Will you make your own attitude that of Christ Jesus? Are you willing to humble yourself, no matter the cost? Would you accept being unnoticed if it were to further the mission of Christ? A recent study showed the life goal of 54% of teenagers today is to become famous. We’re going in the wrong direction. Our mission is to make the name of Jesus famous, exalted above everyone else. It starts with you and me. Will you make your own attitude such that Jesus is exalted and you are content to serve in the background? Will you put aside your pride, put away your dreams and ambitions, and live for Jesus?