There is absolute truth in the world. Somehow, this has become a controversial statement. I read a recent survey of college students that revealed 75% of them did not believe there was such a thing as truth. No wonder our world is in a death spiral! Two plus two will always equal four, and gravity will always cause something dropped to fall to the ground. 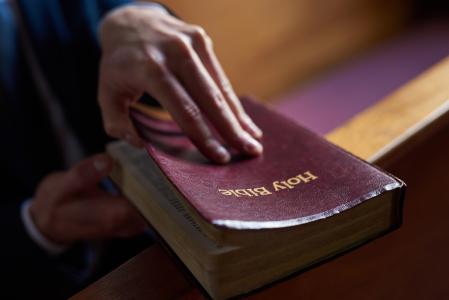 There is an absolute truth that is not open to debate or interpretation. It is this way because the God of all truth created it to be this way. In a day where disinformation and “fake news” are the buzzwords of choice, it’s difficult to know who we can trust and who we can’t. The Word of God has always proven trustworthy, and it always will.

In his classic book, “The Imitation of Christ”, Thomas A’ Kempis wrote, “Trust not in your learning, nor in the cleverness of any man, but rather trust in the favor of God, who resists the proud and gives grace to the humble.” We give too much weight to the opinions of man while disregarding the absolute truth of Christ. There’s an argument to be made to turn off the news, stop browsing social media, and study your Bible instead. You can’t go wrong with that advice. But few will go to such an “extreme” (when did putting God first become something extreme? But I digress). If you don’t know the latest happenings and gossip, I promise you the world will go on. It will be there when you check back in.

The media and government are not going to bring you closer to God. They are rarely even going to tell you the truth these days. Pundits and so-called “influencers” will give you their take on things, but it will always be the wisdom of man you are receiving. You might get nuggets of truth and wisdom, but why not go straight to the source of absolute truth and wisdom? I think you’ll be amazed at what taking even a short break from consuming all the negativity will do for your psyche.

The wisest of men cannot compete with the wisdom found in scripture. While the barrage of information today is intent on spreading fear and anxiety, God’s Word brings hope and peace. Which would you rather fill your mind with? In a world of darkness, we need to be ingesting as much light as we can. We don’t need yet another opinion on how to fix the world. We just need the absolute truth.

If you want absolute truth, there is only one source. Jesus said He is the way, the truth, and the life (John 14:6). He didn’t say He was a truth, not one kind of truth, but that He is the truth. Absolute truth. That’s what we find in Christ. You will not find it anywhere else, so you may as well stop looking.