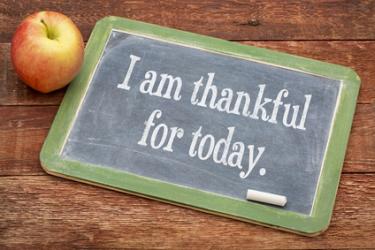 There is no better cure for discouragement than gratitude. We often become so consumed with our personal problems that we lose sight of all the blessings in our life. Taking the time to reflect on all that we have can be a remarkably healing and refreshing exercise. Remembering what God has done for us empowers us to face the next challenge. We who profess to be followers of Jesus have no excuse to feel hopeless and unworthy. The Creator of the entire universe and everything in it – including you – sacrificed His own life to prove how important you are to Him. He created you, and He died for you. If you can think of nothing else for which you are grateful, then just start with those two facts!

END_OF_DOCUMENT_TOKEN_TO_BE_REPLACED 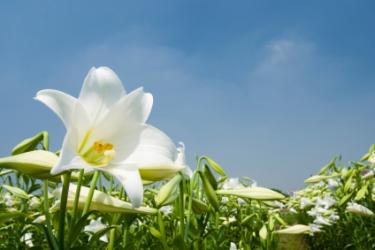 Mornings have become my favorite times. For a lifelong night owl, this has been quite the transformation over the past several years. Ever since I moved to Indiana, I have fallen in love with the early part of the day. The temperature is mild and the humidity level is comfortable in the hours before the sun comes up fully. The sounds of birds and insects provide an amazing symphonic backdrop to the exquisite colors bursting forth on the new day. It is peaceful, quiet, and calm. The stillness of the morning engenders stillness in my heart. I am awed by the beauty that surrounds me and bask in the exquisiteness of God’s creation.

END_OF_DOCUMENT_TOKEN_TO_BE_REPLACED 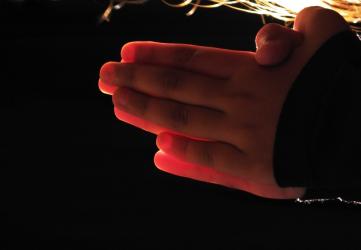 It’s a holiday here in the United States, and I struggled considering whether or not to write about being thankful on Thanksgiving. It seemed just a little too easy and far too cliché. At the same time, I have been learning the importance of reflection, so I know it’s important to take the time to pause and consider how much God has done for us. Holidays are ideal for this sort of activity. They are markers along the road of our lives. Just as Joshua set up a pillar of stones to mark the passage into the Promised Land and as a reminder of where they had been (Joshua 4), days like Thanksgiving can serve to remind us of all that Christ has done for us.

END_OF_DOCUMENT_TOKEN_TO_BE_REPLACED 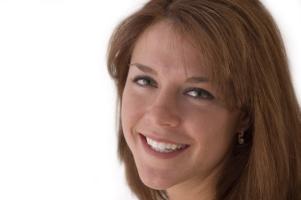 Is Jesus enough to satisfy your every need and longing? It may seem like a silly question to those of us who are followers of Christ because we have been taught and conditioned to instinctively respond to such a question with a resounding, “Yes, of course!” But in the darkest moments of your life, at the times when you are feeling most selfish, abandoned or mistreated – is Jesus enough to fulfill your every wish and desire?

END_OF_DOCUMENT_TOKEN_TO_BE_REPLACED

I was recently out walking in the early morning hours and got caught in a torrential downpour about three quarters of a mile from my house. The rain was coming down so hard I could barely see, and the drops were thudding against me in a way that had exhausted me by the time I reached the front porch. After getting dried off and into a fresh set of clothes, I was reminded again of the plight of the homeless. How many times have they endured such storms but had no place to find suitable shelter? How long did it take for their only set of clothes to dry before they could once again move about comfortably?

Every day we take so many things for granted. We are blessed beyond measure yet always find something about which to complain. We get hungry and we grab something out of the cupboards to eat; we get thirsty and pour a glass of clean water from the faucet. When we are wet, we dry off with towels and change into a different set of clothing; when we are cold we turn up the heat and put on a sweatshirt or a jacket. All of these simple everyday things we do, we take for granted. We don’t give them a second thought because they are simply a part of the fabric of our lives.

What if there were no cupboards of food and no running water? What if there were no towels, no change of clothes and no heat? According to a 2007 study by the National Law Center on Homelessness and Poverty, this is a reality for over 3 million people in the United States of America alone. Perhaps even more startling is the fact that 39% of the homeless in America are children. Worldwide, the United Nations estimates that nearly 100 million people are homeless; worse still, up to 600 million live in makeshift shelters that threaten their health or even their life.

Despite our obvious blessings, we all find much too complain about every day. We complain that we have nothing to wear or that there’s nothing to eat. Our greed and self-centeredness has blinded us to the reality in which we live. We have plenty to wear and eat, but our appetite for both food and possessions is insatiable. We have more than most in the world, but it is not enough for us; we must have more. It appears it is not enough to have our needs provided for; we have the audacity to complain that what we have isn’t good enough because it isn’t exactly what we want.

As followers of Christ, we need to be content with whatever God has given us (Philippians 4:11-13). We also need to be generous and care for those in need (Deuteronomy 15:9-11, 1 Timothy 6:17-19). Jesus instructed us to provide shelter for the homeless (Matthew 25:31-41). This is not the job of the government; it’s the job of the church. If we as a body cannot house the homeless and look after the poor, then we are not following Christ. We build grand luxurious buildings for us to gather on weekends but we look the other way when we see someone sleeping on the street. We serve lavish meals to build community with one another but we can’t spare a piece of bread for the starving children on our streets and around the world. As for those big buildings and large meals, we usually find some reason to complain about those as well.

Picture what God sees when He looks at His Church, particularly in the Western world. He sees a people who have been blessed like none other, yet have become fat, lazy and apathetic to the needs of the lost and the poor. Christ did not die so we might lead happy, healthy and comfortable lives. He died to rescue us from our sin and asks only that we serve Him in return. Apparently, that was too much to ask. We must all repent of our selfishness and greed, and for taking His blessings for granted. Beyond that we must do something to care for the poor and homeless. Working together we can eliminate this suffering from the world; we only lack the will. I have turned away for too many years and suspect you have done the same. No longer can we feign either ignorance or innocence. We have no more excuses and no right to complain.