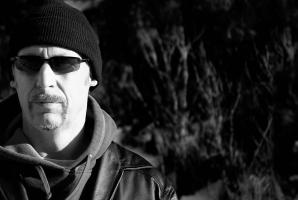 I recently heard a talk by Christine Cain where she made the statement, “Why do we need the devil when we’ve got Christians?” It is very sad how true this remark actually is. While we are encouraged in the Bible to be a unified body of believers (John 17:11, Ephesians 4:1-3), the reality is that we have become anything but that; the modern church is a fragmented body of denominations marked by warring factions of worship styles, missional focuses, and political agendas. We no longer rally around the commands of Jesus, but rather flock to like-minded individuals or comfortable surroundings.

Pastors attack other pastors and churches battle for bragging rights on the best facilities or highest attendance numbers. I submit that God cares not the smallest bit about the things that we as the Western church obsess over daily. All Jesus wants is our hearts. He came that we might experience life in more meaningful ways than we could ever imagine (John 10:10). Do we really think that the Church Jesus imagined as He was dying on the cross was the one we have today? Instead of building up one another (Ephesians 4:29), we spend our time tearing each other down. Instead of encouraging our brothers and sisters to live more boldly in their faith, we criticize them when they take a stand.

When a move of God is noticed, it is the Christians who are the first to voice their skepticism. Why is it that we have such a hard time believing that God can work in places other than our own church? Why is it so difficult to believe that God’s Word can be passionately proclaimed through means and styles other than our own? God is doing a new thing every day, and He’s been at it for thousands of years. Perhaps the reason He no longer works through the church we attend is not because our methods are antiquated, but rather because our faith has run cold. When we stop believing God can do all He says He can do, we cease to be a viable conduit of His power. Meanwhile the growing groups of believers across town who worship in ways different from our own are deemed self-absorbed and disrespectful of the Bible. We are far quicker to tear down than to build up.

As followers of Christ we must come together and encourage one another, giving each other the strength to stand in the face of the enemy. We will never be able to defeat the forces of darkness when we are constantly being bombarded with so-called friendly fire. Jesus made the point that a Kingdom divided against itself cannot stand (Mark 3:24), yet that is exactly the modus operandi of the modern Church. Until we reach unity in the faith (Ephesians 4:11-13) we will not be able to take serious ground for the Kingdom and we will delay the coming of Christ (Matthew 24:14). Jesus is not coming back until the entire world has heard His message, and the constant bickering and infighting of the church is not resulting in His message being proclaimed.

All of this, of course, delights Satan. His work is made so much easier by Christians cannibalizing themselves. The solution is to move past our irrelevant differences and to come together in unity, just as we have been commanded. When we stop battling one another and turn a unified focus toward our true enemy, then we will overcome the world and all of its evil through the power of Jesus Christ. Until that day, we will continue to be mired in religion, ignorant to the true desires of Christ, and hopeless in our pursuit of the Kingdom. That is not the kind of person I want to be. I want to be bold, strong in my faith, and accepting of the differences among my brothers and sisters. In short, I want to be unified for Christ so that we might wreak some havoc on Satan’s plans. Enough is enough. Let’s rally around the only truth that matters, the truth of Jesus Christ our Lord and King.