To live a life worth living, you must know Jesus is the truth and Satan is a liar. Until you understand this beyond an intellectual level, you will struggle and continue to live an ineffective life for the Kingdom of God. Every sin, every distraction, every temptation in your life started with you believing what the devil told you. Let me assure you, as the father of lies (John 8:44), everything coming out of his mouth is a lie. 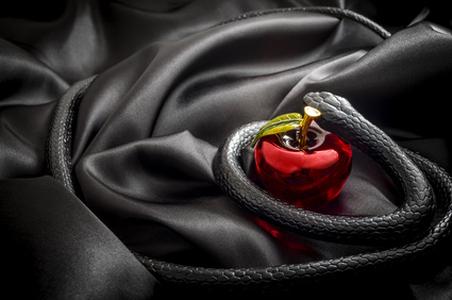 Every day we should be working to build the Kingdom of God. This can manifest itself in obvious or more subtle ways. It can be as simple as extending a word of kindness to someone in need of hope, or as grand as embarking on the mission I recently heard Pastor Craig Groeschel relate. The church he leads is part of a coalition dedicated to translating the Bible into every remaining language within the next sixteen years. To give you some context, the Bible has been translated into about half the languages spoken in the world today. This has taken two thousand years to accomplish. Pastor Groeschel and those joining with him are targeting the remaining half of the world to be complete in only sixteen years. That’s beyond an audacious goal, and cannot possibly happen unless God moves on their behalf.

I tell you this story because, throughout their sixteen-year journey, this group of believers is going to face a constant barrage of attacks from Satan. He will try and distract, confuse, and discourage those involved by lying to them. The devil will try and convince them it can’t be done; he’ll attempt to persuade them to neglect some minor languages for the good of the project. Remember, everything Satan says is a lie.

Now, the sixteen-year mission to translate the Bible into the remaining languages of the world is an exciting and obvious move to build God’s Kingdom here on earth. But it is no more important than the word of kindness you offer to another. Demonstrating God’s love builds His Kingdom. We all have a part to play. No matter how small or large our part may be, Satan is going to do everything he can to keep us from accomplishing it.

Which brings me back to the thesis of this post. Satan is a liar. When he entices you with a temptation to spend time on something other than that which builds God’s Kingdom, he is lying about the benefits of doing so. No entertainment, pleasure, acquisition, person, or property brings true contentment. Everything this world has to offer is empty. Only Jesus fulfills. But Satan is a liar and will try and convince you otherwise.

When you think you’re not equipped or talented enough to matter in the Kingdom of God, it’s a lie Satan is telling you. When you think you aren’t lovable or don’t deserve God, it’s a deception from the devil himself. When you question if God exists, it’s the demonic forces of Satan casting the doubt into your mind. Satan is a liar, and anything he is offering is a deception. The next time you are tempted to sin, to turn your eyes from Jesus, remember this timeless truth: Satan is a liar. Run to Jesus, the author and embodiment of truth. Build His Kingdom and leave the lies of Satan behind.