Since this post happens to be originally publishing on April Fool’s Day, I thought it to be a good time to discuss foolishness. Many who don’t know Christ think we who do are foolish to believe in a God we cannot see and can’t scientifically prove. I’ve always held it takes more faith to not believe in God than it does to believe in Him, so I think those without Jesus are more foolish than I am. To not believe in God means you are going to have to come up with explanations for everything in existence and to determine the reason for that very existence in the first place. 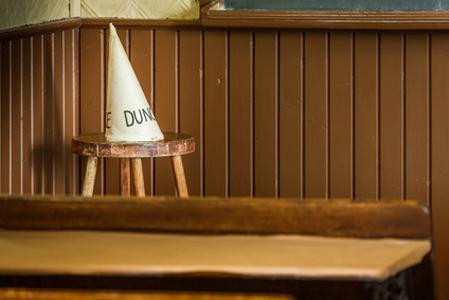 Jesus makes sense to me. None of the scientific (or even unscientific) explanations others have offered passes either the logical or believability test. I may not be able to prove the existence of God, but by the same token, no one has ever been able to prove He doesn’t exist either.

The apostle Paul came on the scene after Jesus had been crucified. While they would have been alive during the same period, we have no record of Paul ever seeing Christ until after He died. Jesus appeared to Paul after He had risen from the dead (Acts 9:1-22; Acts 23:11). That alone sounds a little foolish, doesn’t it? After all, how many people do you know who have risen from the dead? But Paul, a highly respected individual both in his time and throughout history, was so certain of His encounter with Jesus he devoted the rest of His life to proclaiming the gospel of Christ.

In regards to foolishness, Paul wrote, “For the message of the cross is foolishness to those who are perishing, but it is God’s power to us who are being saved (1 Corinthians 1:18).” Paul taught what the world found foolish was actually powerful. He went on to say God’s foolishness was wiser than any wisdom man might claim to have (1 Corinthians 1:25). In other words, Paul said all those people proclaiming their scientific proofs of how life came into existence are actually foolish because they have no wisdom at all compared to the all-powerful, all-knowing God we worship.

Jim Elliot said, “He is no fool who gives what he cannot keep to gain that which he cannot lose.” He understood what Paul knew. Living the way culture tells us to live is foolishness. The only wise choice is to surrender everything to Jesus. In doing so, we will gain eternity with Him. What could possibly be better or more desirable? Jesus Himself said whatever we lose in this life will be replaced a hundred times over in the life to come (Mark 10:28-30). He said if we want to save our life we must first lose it (Luke 9:24-25), meaning we had to give it to Him. Foolishness? Perhaps. What’s your alternative?

In the words of an old Petra song, “I’d rather be a fool in the eyes of men than a fool in the eyes of God.” I’m going to go with that. You can call me foolish or odd. You can say I’m chasing a fantasy. I’ve met Jesus. I have no doubt He is who He says He is. He may have been crucified, but I’ve spoken to Him since He rose from the grave. I’ve felt His touch on my heart. I’ve seen His presence in my life. I believe. I can’t imagine life without His amazing love and presence. This isn’t foolishness. This is the truth from which all else flows.  So, today, be proud to be counted among the fools. The foolishness of the cross is the greatest prize any of us could ever discover.