Most of us recognize how humble Jesus was when He walked on earth. Here was a man who never sinned, yet He didn’t avoid those who did. He was the very Son of God and He subjected Himself to the limitations of this world. Jesus had every right to boast about who He was. But He never did. It was in His authority to command everyone to serve Him, but He didn’t. 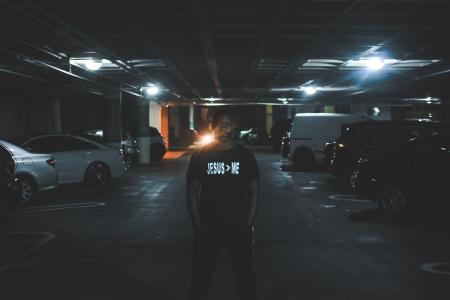 Instead, Jesus served those who should have been serving Him. It didn’t matter. The only thing that mattered was they experienced the love of God and came to know Him. Now I remind you as His disciples, we are to walk just as Jesus walked (1 John 2:6).

Humility doesn’t come easy to most. If you want proof, just examine any conversation in which you engage. People love to talk about themselves. On most days, we are our primary concern. We claim it’s Jesus first, then others, and then ourselves, but how many of us actually live according to our stated priorities?

When Paul wrote to the Church in Philippi, he encouraged the believers to model their attitude after that of Christ. Jesus emptied Himself to become a servant. Leaving His Heavenly riches to the side, He lived in near poverty so He could better relate to those He came to save. Of course, the ultimate humility was when Jesus held back His power and allowed humans to beat, humiliate, and eventually crucify Him. Through it all, He did not utter a word in His defense. Jesus perfectly submitted His will to that of the Father. It was never about His own life, and always about the glory of God (Philippians 2:5-11).

As Jesus lived with one purpose, Paul encourages us to do the same. “Do nothing out of rivalry or conceit, but in humility consider others as more important than yourselves. Everyone should look out not only for his own interests, but also for the interests of others.” (Philippians 2:3-4). Do we think about others more than ourselves? Do you know how different our lives would look if we did? Selfishness is the rule of the day. Everyone does what they think is right (Judges 21:25), and no one submits to God.

What if we emptied ourselves of all our dreams, ambitions, and desires? What if we lived only for God? Imagine if the Church would unite around the mission of God instead of squabbling over petty differences. The Kingdom of God just might come to be on earth as it is in Heaven. Imagine that! It all starts with us humbling ourselves before God and one another. We live in dangerous times. There is no future for a divided Church. It’s time we all come together and unite for the sole purpose of glorifying God and displaying His love and mercy in a dark world.

We must never compromise the commands of God. We must not give in to pressure to accommodate cultural norms. Remember, our great God of love is also the awesome God of wrath. He will not be mocked (Galatians 6:7). This isn’t about compromise. No, it’s about unity. It’s about living in humility and being gracious to our brothers and sisters. It’s about walking just as Jesus walked.