We all have triggers that prompt sinful behaviors. If we learn to recognize the triggers, we will begin to overcome the most problematic sins in our lives. Satan does two things really well. He lies, and he manipulates.  When it comes to his attacks on us, all of them can be traced back to one of those two strategies. 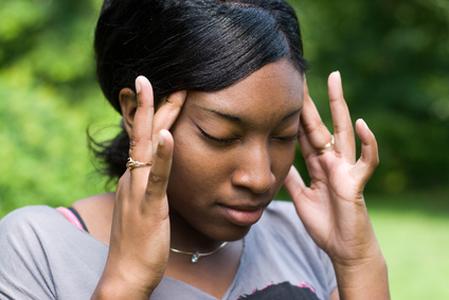 Either he’s trying to get you to believe something untrue, or he’ll try and get you to do something against the will of God. Understanding the simplicity of the enemy’s attacks should help us formulate strategies to resist him. But unless we recognize the triggers in our own lives, we will struggle defeating the schemes of the devil.

Triggers are unique to each individual. Some common triggers are stress, fatigue, disappointment, sadness, loneliness, hunger, or spending too much time focused on the success or social standing of others. For some it’s engaging in behaviors that always lead to temptation or sin. Satan banked on Jesus succumbing to His triggers after fasting for forty days in the wilderness (Matthew 4:1-11). Jesus was hungry, tired, and perhaps even lonely. That combination would make even the strongest of us weak. Perhaps Jesus recognized the attack was coming because Satan is so predictable. When the devil came on the scene with his temptations, Jesus was ready for Him; He batted away everything the devil threw at Him with Scripture. Satan never had a chance.

Jesus was able to sustain Himself in the face of intense temptation because He was – among other things – aware of His triggers. He knew Satan would try and attack Him when He was at His weakest. In fact, the only other time recorded in Scripture when Satan attempted a frontal assault on Jesus was when Christ was in deep distress in the Garden before His crucifixion (Matthew 26:36-46; Luke 22:39-46). This time he tried the manipulation strategy, trying to convince Jesus there had to be another way than to put Himself through what was about to come. Again, Jesus was ready. He prayed for His Father’s will to be done rather than His own.

So we see two strategies modeled by Christ. When Satan lies to you, remind Him of the truth by quoting Scripture to Him. When the devil tries to manipulate you into doing things that appeal to you but which are not in the interest of the Kingdom, pray and ask God to make His will plain to you. Let God and Satan both know you will do whatever God wants you to do.

What are your triggers? Do you recognize them for what they are? Remember, Satan is basically has only two tricks up his sleeve. He’ll either try and get you to believe a lie, or manipulate you into being ineffective for the Kingdom. Know who God says you are by studying His Word. This will help you recognize when Satan is lying to you. Stay in close contact with Jesus to understand what the will of God is. That will keep you from being manipulated. But the real key is recognizing your triggers. Be proactive and understand when you are at your weakest. Know the attack is coming. Fight back in the power of Christ and you will overcome the temptation.